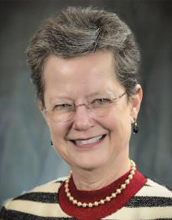 Julia M. Phillips retired in 2015 from Sandia National Laboratories after nearly 20 years. She culminated her Sandia career by serving as Vice President and Chief Technology Officer, when she led the Laboratorys internally funded research and development program, research strategy, and intellectual property protection and deployment. Other positions at Sandia included Director of Nuclear Weapons Science and Technology Programs; Director of the Physical, Chemical, and Nano Sciences Center; and Director of the U.S. Department of Energys (DOE) Center for Integrated Nanotechnologies (CINT) at Sandia and Los Alamos national laboratories. Prior to her time at Sandia, she spent 14 years at AT&T Bell Laboratories where she performed leading edge research in thin film epitaxial electronic materials and complex oxides.

Phillips is a member and Home Secretary of the National Academy of Engineering (NAE) and fellow of the American Academy of Arts and Sciences, Materials Research Society (MRS), American Association for the Advancement of Science (AAAS), and the American Physical Society (APS). She has served on the NAE Council and AAAS Board of Directors, currently chairs the APS Panel on Public Affairs, and is past chair of the APS Topical Group on Energy Research and Applications and the APS Division of Condensed Matter Physics. She also served as President of the MRS.

In 2008 Phillips received the George E. Pake Prize from APS for her leadership and pioneering research in materials physics for industrial and national security applications. She has served on the editorial boards of the Journal of Materials Research, Journal of Applied Physics, and Applied Physics Reviews. She has edited books, written book chapters, and authored more than 100 journal publications, 12 major review articles, and 45 refereed conference proceedings publications. She also holds five patents.

Phillips is a member of the National Science Boards Class of 2016  2022.