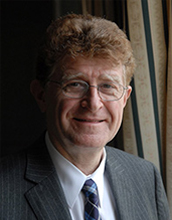 Roco is credited with thirteen inventions and has contributed over two hundred and fifty articles and twenty-one books on multiphase systems, laser visualization, computer simulations, nanoparticles and nanosystems, trends in emerging technologies, and societal implications. These include "Particulate Two-phase Flow" (1993), "Converging Technologies for Improving Human Performance" (2003), "Managing Nano-Bio-Info-Cogno Innovations" (2007), and "Mapping Nanotechnology Knowledge and Innovation" (2009). Other books include "Nanotechnology Research Directions for Societal Needs in 2020" (2011), "Convergence of Knowledge, Technology and Society" (2013), and "Handbook of Science and Technology Convergence" (2016).

Roco initiated the first Federal Government program with focused on nanoscale science and engineering (on synthesis and processing of nanoparticles) at NSF in 1991. He formally proposed NNI in a presentation at White House/OSTP, Committee on Technology, on March 11, 1999. Roco is a key architect of the National Nanotechnology Initiative (NNI), and he coordinated the preparation of the U.S. National Science and Technology Council (NSTC) reports "National Nanotechnology Initiative" (NSTC, 1999) and "National Nanotechnology Initiative" (NSTC, 2000). He pioneered convergence science, identifying its underlying basic theories, principles and methods, and applied it to various platforms such as convergence of nanotechnology with biology, cognition, information, artificial intelligence (intelligent cognitive assistants) and other fields for various goals, in what is called converging and emerging technologies.

Roco is a Member of the European Academy of Sciences and Arts, an Honorary Member of the Romanian Academy, a Correspondent Member of the Swiss Academy of Engineering Sciences, a Fellow of the American Society of Mechanical Engineers, a Fellow of the Institute of Physics, a Fellow of the American Institute of Chemical Engineers, and a Fellow of the International Association of Advanced Materials. He has been co-founder and Chair of the AIChE Particle Technology Forum and of the International Multiphase Flow Council. He has served as editor for the Journal of Fluids Engineering and Journal of Measurement Science and Technology, and is Editor-in-Chief of the Journal of Nanoparticle Research. He has been a member of several research boards in Americas, Europe and Asia including the S&T Council of the International Risk Governance Council in Geneva. He initiated research programs on convergence of science, technology and education, and lead the formation of the OECD (Organization for Economic Co-operation and Development) activity on Biotechnology, Nanotechnology and Converging Technologies.

Roco was honored as recipient of the Carl Duisberg Award in Germany, "Burgers Professorship Award" in Netherlands and the "University Research Professorship" award in U.S. He was named the "Engineer of the Year" in 1999 and again in 2004 by the U.S. National Society of Professional Engineers and NSF. In 2002, he received the first "Best of Small Tech Awards" ("Leader of the American nanotech revolution"), and Scientific American named him in 2004 as one of top 50 technology leaders. He received the "Semiconductor Research Association Award for Nanoelectronics," the "ChinaNano Award" from the Chinese Academy of Sciences, "Doctor Honoris Causa" from Polytechnic University Bucharest and "Outstanding Service and Vision for Sustainable Nanotechnology" from the Sustainable Nanotechnology Organization. Roco is the first recipient (2005) of the AIChE Forum Award "for leadership and service to the national science and engineering community through initiating and bringing to fruition the National Nanotechnology Initiative." He was awarded the National Materials Advancement Award from the Federation of Materials Societies at the U.S. National Press Club in 2007 "as the individual most responsible for support and investment in nanotechnology by government, industry, and academia worldwide." He received the inaugural award of the International Union of Materials Research Societies "Global Leadership and Service Award" at the European Union Parliament in 2015 for "vision and dedicated leadership ...that has made major impact to all citizens around the world."<