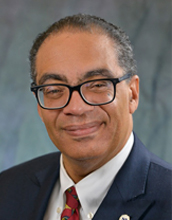 
Victor R. McCrary is the Vice President for Research and Graduate Programs at the University of the District of Columbia. Prior to this position, he was Vice Chancellor for Research at the University of Tennessee, Knoxville and before that the first Vice President for Research and Economic Development at Morgan State University, Baltimore, MD. He is a change agent and serial innovator responsible for developing a comprehensive research strategy, fostering cross-disciplinary research, expanding research programs via engagement with federal and state agencies ($32M in FY16), increasing the University's intellectual property portfolio, and positioning Morgan State as Maryland's Public, Urban Research University. Previously, he was the Business Area Executive for Science & Technology at The Johns Hopkins University Applied Physics Laboratory (APL), where he directed investments totaling over $60M for basic and applied research projects targeted for national security and space applications. In 2005, Dr. McCrary was selected to the rank of Principal Professional Staff at The Johns Hopkins University Applied Physics Laboratory. He is a former national president of the National Organization for the Professional Advancement of Black Chemists and Chemical Engineers (NOBCChE), and a Fellow of the American Chemical Society.

McCrary has serves on numerous committees including; the Intelligence Science and Technology Experts Group of the National Academies of Science, Engineering and Medicine; the advisory board for electrical and computer engineering at The Citadel, and the advisory board of the Applied Research Laboratory at Penn State. He served on the subcommittee for the U.S. Air Force Institute of Technology (AFIT) the board of the Maryland Innovation Initiative of the Maryland Technology Development Corporation (TEDCO); and the PubMed Central National Advisory Committee for the National Institutes of Health.

He has authored or co-authored over 60 technical papers and co-edited two books in his career at AT&T Bell Laboratories and the National Institute of Standards and Technology (NIST). He is blessed to have received a number of honors and awards during his career including: Most Promising Black Engineer in 1990; co-recipient of the U.S. Department of Commerce's Gold Medal in 2000; the 2002 NOBCChE Percy Julian Award; in 2005, he was featured in Science Spectrum Magazine as one of the Top 50 Minorities in Science, and elected to the 2007 DVD Association's Hall of Fame. In 2011, he was honored as Scientist of the Year by the Annual Black Engineer of the Year Award-STEM Conference. In 2015 he received the Alumni Award for Research Excellence from The Catholic University of America, and Distinguished Alumni Award by Howard University in 2017.