The most recent funding rates data for Computer and Information Science and Engineering (CISE) appears below. 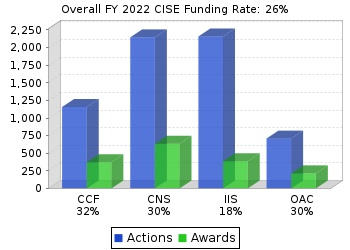