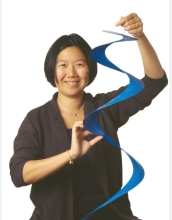 Today, 20 young scientists and engineers whose work is supported by the National Science Foundation (NSF) are receiving the Presidential Early Career Award for Scientists and Engineers (PECASE), considered to be the highest national honor for investigators in the early stages of promising research careers.

President Bush honors the 20 leaders for their wide-ranging research accomplishments and for their significant educational contributions. Today's awards bring to 180 the number of NSF-supported PECASE recipients since the program began in 1996.

Thirty-eight additional recipients of this year's award were nominated by other federal agencies.

John H. Marburger III, science advisor to the president, and director of the Office of Science and Technology Policy will present the awards at a ceremony later today at the Department of the Treasury in Washington, D.C.

"These young presidential awardees will lead our nation in science and engineering as they leap the fences, cross the boundaries and build new and exciting areas of science," said Arden L. Bement, Jr., NSF director. "They also pass on to many students their imaginative thinking built into creative educational activities in a form of leadership that can influence career choices and help invigorate the science and engineering enterprise."

Nominees are chosen from 350 to 400 junior researchers and faculty who have received grants from NSF's Faculty Early Career Program (CAREER) in the same year of their nomination for the president's award. CAREER awards are among the most prestigious NSF gives, reaching the most-promising young researchers in science and engineering who have also translated their work into significant education activities.CAREER awards range from $400,000 to nearly $1 million over five years to support career research and education.

Jennifer A. Jay, University of California, Los Angeles, is collaborating with local non-profit groups involved in coastal water quality to study environmental factors that contribute to mercury contamination of food chains and developing models to analyze the fate of mercury in the environment. She is creating an innovative course in which students learn and then teach environmental functions to economically disadvantaged, Los Angeles sixth graders to promote involvement and diversity in environmental engineering.

Michael J. Garvin II, Columbia University, is developing a method to provide a flexible new decision-support model applicable under conditions of uncertainty and limited available data that municipal or higher-level officials may use to manage infrastructure investments. In light of increased public expectations, competitive pressures and eroding federal funds, Garvin’s work will validate an approach on alternative investment strategies and procurement practices for multiple projects. His research and education activities involve students at the undergraduate and graduate levels, as well as web-based, multimedia curriculum models for middle-school students.

Michael A. Bevan, Texas A&M University, is pioneering research to measure, understand and manipulate complex colloidal interactions to improve the manufacture of photonic crystals, artificial nanostructures with unique optical properties that can lead to novel chemical and biological sensors and optical switches. Bevan's collaboration with several education experts on his campus is leading to an innovative, interactive complex fluids and nanotechnology course. Communication of research results among students will employ virtual reality and animation modules. The modules will also reach underrepresented groups, K-12 students and local science teachers.

Martin L. Culpepper, Massachusetts Institute of Technology, is involved in research to advance the understanding of nanoscale positioning and manipulation toward creating production-scale manufacturing and inspection processes and products. He gains valuable insights through close collaborations with automakers and photonics manufacturers. His creative education efforts include developing a hands-on undergraduate course in machine dissection and design, precision manipulation, and microelectromechanical system (MEMS) design and fabrication. He serves as a mentor to minority students through many activities and organizations.

Wei Li, University of Washington, is studying an innovative fabrication process to create polymer-based, porous microstructures that will lead to new applications in emerging technologies such as fuel cells, biochemical sensors and controlled drug-delivery devices. Li's focus on interdisciplinary training seeks to prepare students for technical diversity by developing new curriculum and teaching methods, recruiting and mentoring women and minority students, and involving K-16 students and teachers in research projects.

Jun Jiao, Portland State University, working with established collaborators in various semiconductor industries, has made several research contributions toward the fabrication of new single-carbon nanotube emitters as improved electron sources for e-beam lithography, flat panel displays and portable x-ray sources. She has advised more than 40 undergraduate students on Research Experiences for Undergraduates (REU) projects, while serving as an advisor for high-school science projects in national competitions.

David V. Anderson, Georgia Institute of Technology, pioneered the design of embedded signal processing and control systems that process in analog as well as digital circuits. Research in analog-digital processing is enabling advances in low-power embedded systems and smart sensors, such as assistive devices for the hearing impaired. Anderson's work is being integrated into an on-line master's design program and into outreach courses for practicing engineers and system designers from industry.

Elaine Chew, University of Southern California, is an engineer and professional musician whose research involves creating computer assisted methods for making music by both experienced and inexperienced musicians alike. Her computational models of music perception and cognition allow expressive decisions in music by even novice performers that are usually accessible only to musicians after years of practice. Chew's research is being integrated into undergraduate and graduate courses, while her applications are also used as a potential motivator for music education in schools that have otherwise limited arts support.

Shalinee Kishore, Lehigh University, is conducting innovative research to provide high-quality, all-encompassing wireless access to communication networks. She is researching a novel multi-tiered architecture, where higher-tier radios create larger coverage and extend the reach of networks, while lower-tier radios target location-specific performance. Kishore is currently developing a communication network for Susquehanna County, a rural community in northern Penn. This experimental network will serve as both a testbed for her research as well a unique educational tool for local schools.

Frank L. H. Brown, University of California, Santa Barbara, is developing new computational algorithms to investigate cellular phenomena. The resulting computational tools should lead to new knowledge of cell-membrane dynamics and cytoskeletal assembly and provide insight into how cells move within the body. Brown's teaching activities include a campus-wide program in computational science and engineering to modernize the curriculum for students in a variety of disciplines, while improving training for future scientists by providing them up-to-date professional skills.

Oscar D. Dubon Jr., University of California, Berkeley, conducts advanced studies on semiconductor materials and manufacturing methods. The drive toward "nanoelectronics" is testing the limits of semiconductor synthesis--particularly with respect to materials science. Dubon is addressing these limitations by developing new methods for making semiconductors on insulating materials to create electronic devices with unique chemical and physical properties that have yet to be achieved. His education activities include creating a lab module on the materials science of thin films and nanostructure synthesis. His inquiry based research experiences will enhance students' critical thinking skills.

Daniel J. Mindiola, Indiana University, employs novel chemical methods to design metal-containing compounds with unusual properties, often challenging existing paradigms in the field. His interest is in highly reactive metals containing reagents useful for making polymers. He also examines the details of chemical reactions that may be important for industrial processes, such as removal of nitrogen from fuel.His students explore many aspects of synthetic chemistry, using a range of analytical tools. Mindiola also employs a classroom assessment technique in laboratory settings and recruits a diverse group of students into the physical sciences.

Derrick T. Brazill, City University of New York-Hunter College, is contributing to the understanding of how organisms monitor and regulate cell density in different tissues, which is important to understand fundamental processes in cell growth and development. His use of a simple organism in these studies allows him to incorporate his research into several undergraduate laboratory courses in cell biology, providing valuable hands-on experiences to students, a large majority of whom are underrepresented minorities.

Donna L. Maney, Emory University, is conducting unique research linking the songbird's song-control system with the neural network that underlies social behavior, knowledge from which could produce a new understanding of the neural underpinnings of social behavior in numerous other species, including humans. Maney's science-intensive writing course being developed for undergraduate students and her training of high-school teachers in neuroscience methods are helping to produce new scientists who are equipped with marketable scientific skills and who are better able to communicate with the general public.

Russell S. Schwartz, Carnegie Mellon University, is developing groundbreaking computational methods to describe and simulate the self-assembly of biological structures and cell components. The research will lead to a deeper understanding of the mechanisms controlling reactions in these cell components and allow for more reliable prediction of cellular responses to various interventions. He is integrating his research into novel course material that will prepare general biologists to take advantage of available computational tools and prepare the next generation of computational biologists to advance the state of the art.

Paul H. Barber, Boston University, is combining information from physical oceanography, evolutionary genetics and geography to determine why the tropical marine seas where the Indian and Pacific Oceans intersect show the highest biological diversity in the world's oceans. His interdisciplinary study is central to courses he is creating for students to understand evolutionary differences within and among the seas. Barber's Diversity Project links U.S. students with scientists from Indonesia in challenging field and laboratory studies.

Marianella Casasola, Cornell University, is investigating the connections between infant language and thought by examining how language inputs from the environment influence the way children form spatial categories. This research, conducted in multiple languages, has gained support for the idea that language is a powerful tool in directing the attention of young children and shaping the way they think. Casasola is also expanding laboratory methods into the field, actively engaging the community, and creating educational and research opportunities for students who are traditionally underrepresented in the discipline.

For Education and Human Resources

Becky W. Packard, Mount Holyoke College, is using a longitudinal design to study the impact of community organizations, home and school environments in the transition of low-income, urban youth from high school to post-secondary education or work. She is identifying factors that attract and retain ethnic minority youths into science and technology across time and social contexts. She involves undergraduate students enrolled in her educational psychology courses in field research.

For more information on PECASE and CAREER, see: