Your Tap Water: Will That Be Leaded or Unleaded? 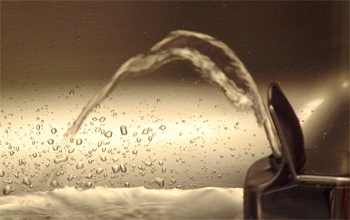 In critiquing a common safety standard, researchers have found the testing regimen may not detect lead that could be leaching from brass plumbing parts.

As a result, the researchers believe some of the lead creeping into tap water in Washington, D.C., and other metropolitan areas may trace to fixtures, valves and other components--not just pipes further from the home.

The new study looked at the American National Standards Institute/National Sanitation Foundation 61 Section 8 standard--a protocol consisting of specific methods and test-water formulas that governments and industries have relied upon to ensure safe plumbing since 1988.

"As a result of problems identified with the test protocol, some products passing National Sanitation Foundation Section 8 may have a greater capacity to leach lead into water than we believed," said Marc Edwards of Virginia Tech, who is one of the study leaders.

Edwards, Abhijeet Dudi and Nestor Murray, all at Virginia Tech, and Michael Schock, of the Environmental Protection Agency (EPA) National Risk Management Research Laboratory, report their findings in the Aug. 4 issue of the Journal of the American Waterworks Association.

Edwards, Dudi and Murray are members of a multidisciplinary team supported by a National Science Foundation Materials Use: Science, Engineering and Society (MUSES) award.

The researchers tested identical brass devices purchased from a local hardware store by subjecting the pieces to the Section 8 protocol and to modifications they made to the protocol. They also applied the same tests to a simulated plumbing device made of solid lead.

The results: The Section 8 water samples reacted less, or were less "aggressive," with lead in the plumbing than designers of the standard had intended. The researchers found other problems that stemmed from calculations that underlie some of the test results. Normalization factors allow evaluators to estimate actual lead concentrations at the tap, but they are affected by device size. Because of normalization and the non-aggressive waters, the small, simulated device made of pure lead pipe passed the Section 8 leaching test.

The scientists began to scrutinize the Section 8 methods after learning that one of the test solutions contains high concentrations of orthophosphate to buffer the water's pH. Water utilities use orthophosphate actually to inhibit lead leaching. So, test solutions containing such leaching inhibitors could not react adequately with plumbing and would produce a flawed reading.

"It's analogous to an automobile crash test using a wall of pillows," Edwards said.

Because lead softens alloys, it is an important component in many plumbing metals. Without adding small quantities of lead, manufacturers could not craft intricate shapes necessary for modern devices. Under certain chemical conditions, such as high acidity or low amounts of carbon dissolved from minerals, the devices can leach significant amounts of that lead into water.

The problem is complex because treatments necessary to treat one water-quality problem, such as bacteria, can have unintended consequences, such as lead leaching.

At the time of the legislation, there were no alternatives for leaded brass, and experts believed it was not feasible to reduce lead content in devices to that in pipes and solder.

Some components are labeled lead-free, even if they contain 7.99 percent lead. Despite such labeling, all brass products that contain lead must pass the Section 8 performance-testing standard.

This research was supported by NSF Award #0329474:
BE-MUSES: Towards Sustainable Materials Use for Drinking Water Infrastructure
http://www.nsf.gov/awardsearch/showAward.do?AwardNumber=0329474