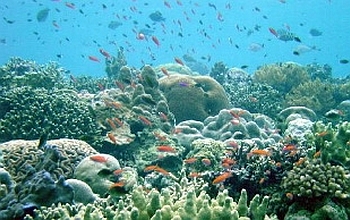 Scientists have found that the oceans have experienced a profound loss of species.

An international group of ecologists and economists has shown that the loss of biodiversity is profoundly reducing the ocean's ability to produce seafood, resist diseases, filter pollutants and rebound from stresses such as overfishing and climate change. Their results are published in this week's issue of the journal Science.

The study reveals that every species lost causes a faster unraveling of the overall ecosystem. Conversely, every species recovered adds significantly to overall productivity and stability of the ecosystem and its ability to withstand stresses.

"Whether we looked at tide pools or studies over the entire world's ocean, we saw the same picture emerging," said lead author Boris Worm of Dalhousie University. "In losing species we lose the productivity and stability of entire ecosystems. I was shocked and disturbed by how consistent these trends are--beyond anything we suspected."

The 4-year analysis is the first to examine all existing data on ocean species and ecosystems, synthesizing historical, experimental, fisheries, and observational data sets to understand the importance of biodiversity at the global scale.

"The findings show the power of synthesizing data for generating a scientific basis for important natural resource decisions," said Henry Gholz, program director in the National Science Foundation's (NSF) Division of Environmental Biology, which funded the research. The synthesis was done through the NSF-funded National Center for Ecological Analysis and Synthesis in Santa Barbara, Calif.

The results reveal global trends that mirror what scientists have observed at smaller scales, and they prove that progressive biodiversity loss not only impairs the ability of oceans to feed a growing human population, but also sabotages the stability of marine environments and their ability to recover from stresses.

While the data show that ocean ecosystems still hold great ability to rebound, the current global trend projects the collapse of all species of wild seafood that are currently fished by the year 2050 (collapse is defined as 90 percent depletion).

Collapses are also hastened by the decline in overall health of the ecosystem, because the fish rely on the clean water, prey populations and diverse habitats that are linked to higher-diversity systems.

"Unless we fundamentally change the way we manage all the oceans species together, as working ecosystems, then this century is the last century of wild seafood," said co-author Steve Palumbi of Stanford University.

Many of the economic activities along our coasts rely on diverse systems and the healthy waters they supply. "The ocean is a great recycler," said Palumbi, "It takes sewage and recycles it into nutrients, it scrubs toxins out of the water, and it produces food and turns carbon dioxide into food and oxygen." But in order to provide these services, the ocean needs all its working parts, the millions of plant and animal species that inhabit the sea."

The study analyzed 32 controlled experiments, observational studies from 48 marine protected areas, and global catch data from the UN's Food and Agriculture Organization's database of all fish and invertebrates worldwide from 1950 to 2003. The scientists also looked at a 1000-year time series for 12 coastal regions, drawing on data from archives, fishery records, sediment cores and archeological data.

"We see an accelerating decline in coastal species over the past 1,000 years, resulting in the loss of biological filter capacity, nursery habitats, and healthy fisheries," said co-author Heike Lotze of Dalhousie University who led the historical analysis of Chesapeake Bay, San Francisco Bay, the Bay of Fundy, and the North Sea, among others.

Examination of protected areas worldwide shows that restoration of biodiversity increased productivity four-fold in terms of catch per unit effort and made ecosystems 21 percent less susceptible to environmental and human caused fluctuations on average.

"The data show us it's not too late," said Worm. "We can turn this around. But less than 1 percent of the global ocean is effectively protected right now. We won't see complete recovery in one year, but in many cases species come back more quickly than people anticipated -- in three to five to ten years. And where this has been done we see immediate economic benefits."

The buffering impact of species diversity also generates long term insurance values that must be incorporated into future economic valuation and management decisions. "Although there are short-term economic costs associated with preservation of marine biodiversity, over the long-term biodiversity conservation and economic development are complementary goals," said coauthor Ed Barbier, an economist from the University of Wyoming.