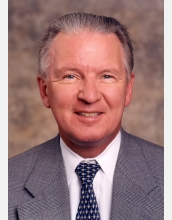 Karl A. Erb, who heads the National Science Foundation's Office of Polar Programs, has been named a Chevalier of the French National Order of Merit by the President of the Republic of France.

"This distinction, awarded by the French Government, is a sign of the high esteem my country has for the important contributions you have made throughout your career to the development and enrichment of French-American relations in science and technology," wrote Francois Rivasseau, charge d'affaires at the French embassy in a letter notifying Erb of the award.

The National Order of Merit was founded in 1963 by the late President Charles De Gaulle. While only French nationals are admitted into the Order as such, foreigners may receive the insignia of the Order as a mark of respect. The President of the French Republic is the Grand Master of the Order and appoints all other members on the advice of the government.

In his role as head of OPP, Erb oversees the operations of the Division of Arctic Sciences. He also heads the U.S. Antarctic Program, which manages all U.S. research on the southernmost continent.

Erb, a physicist who has previously served as a science adviser to the NSF director and in the White House Office of Science and Technology Policy, said he was extremely proud to have received the honor, but also found it very fitting that it should come during a period when scientific cooperation between nations as part of the International Polar Year (IPY) is an important focus of international relations.

"I would hope that this singular honor reflects not only on my personal contributions to the 'informal diplomacy' of international science, as it were, but also on the very excellent relations the United States has built and enjoys in the realm of scientific and engineering research," he said. "The wonderfully cooperative spirit of our relationship has greatly benefited scientific research in Antarctica."