Number of published U.S. science and technology articles plateaued in the 1990s, despite continued increases in funding and personnel for research and development. 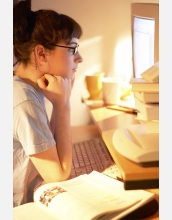 Published U.S. science and technology articles plateaued in the 1990s.

A new National Science Foundation (NSF) report finds the number of U.S. science and engineering (S&E) articles in major peer-reviewed journals flattened in the 1990s, after more than two decades of growth, but U.S. influence in world science and technology remains strong.

The report, Changing U.S. Output of Scientific Articles: 1988 - 2003, finds changes occurred despite continued increases in funding and personnel for research and development. Flattening occurred in nearly all U.S. research disciplines and types of institutions.

Numbers of articles published and their citation in S&E journals is a widely accepted indicator of research capability. When paired with trends in patenting, licensing, research and development expenditures and advanced training of personnel, publication trends may be viewed as a factor affecting a nation's ability to spur technological innovation.

Despite the leveling of articles published, researchers emphasize other evidence that indicates U.S. science and technology capability remains strong. They say the change in U.S. share of the world's S&E articles is not a surprise in view of growing S&E research capability around the world, nor do they view it as a cause for concern.

"In addition to numbers published, one should look at another very important indicator -- article quality," said Derek Hill, senior analyst and a coauthor of the report. "The more often an article is cited by other publications, the higher quality it's believed to have. While citation is not a perfect indicator, U.S. publications are more highly cited than those from other countries."

In raw numbers, the United States continues to publish far more articles than any other country and remains a major force in world S&E. However its overall share of published articles has declined while other nations produce more.

Four Asian societies--China, Singapore, South Korea, and Taiwan--out-distanced all others in the world between 1992 and 2003 with an average annual growth rate of 15.9 percent in publications.

According to the report, Japan's article output rose at an average annual rate of 3.1 percent, five times faster than the United States.

The European Union, which passed the U.S. several years ago in total numbers of articles published, posted an average annual growth rate of 2.8 percent during the same period, more than four times faster than the United States.

The report is part of a larger study of trends in scientific publication by NSF's Division of Science Resources Statistics (SRS). Along with the report, SRS is releasing a workshop summary and working paper called "The Changing Research and Publication Environment in American Research Universities (SRS 07-204)."

These two reports explore the contexts and causes of the initial publication's findings and report on the perspectives of practitioners and experts regarding how S&E research and publication are changing.

A second working paper, "U.S. Academic Scientific Publishing," reporting statistical analysis of trends in the U.S. academic sector is scheduled to be released later this year.