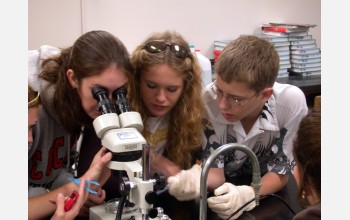 The National Science Board (Board) yesterday unanimously adopted a motion to release for public comment a draft action plan to address critical 21st century needs in the nation's STEM (science, technology, engineering, and mathematics) education system. Two overarching actions stressed in the plan are increasing coordination of STEM education--both horizontally among states and vertically through grade levels--and increasing the supply of qualified K-12 STEM teachers.

This national action plan lays out strategies to better enable and encourage stakeholders from local, state and federal governments, as well as nongovernmental STEM education stakeholder groups, to collaborate. The goal is to produce a numerate and scientifically literate society and to increase and improve the current STEM education workforce.

In recognition of the essential lead role of local and state jurisdictions in the nation's P-12 education system, one of the Board's recommendations would require that federal STEM education programs coordinate their activities with local and state education bodies, and a variety of stakeholder groups, through a new Congressionally chartered non-federal National Council for STEM Education.

Among its other recommended actions, the Board would also bolster STEM education programs at the National Science Foundation in order to address the needs of the U.S. for a competitive, well-educated workforce.

The Board developed this action plan, in part, based on a request from Congress in 2005. The Board held three public hearings around the U.S. and established a federal advisory committee, the Commission on 21st Century Education in Science, Technology, Engineering, and Mathematics, to provide advice as the Board developed its action plan.

The Board is actively seeking public comments on the plan and hopes to integrate public comment into a final version for Board approval and release at its next meeting on October 3, 2007, the day before the historic 50th anniversary of the launch of Sputnik.

The National Science Board was established by Congress in 1950, and has two important roles. It provides oversight for, and establishes the policies of, the National Science Foundation. It also serves as an independent body of advisors to both the President and Congress on broad national policy issues related to science and engineering research and education.