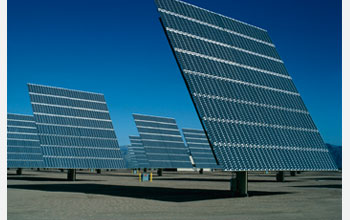 One of the grand engineering challenges seeks to make solar energy more affordable.

A diverse committee of experts from around the world, convened at the request of the National Science Foundation (NSF), announced 14 grand challenges for engineering in the 21st century that, if met, would improve how we live.

"Tremendous advances in quality of life have come from improved technology in areas such as farming and manufacturing," said committee member and Google co-founder Larry Page. "If we focus our effort on the important grand challenges of our age, we can hugely improve the future."

The panel, some of the most accomplished engineers and scientists of their generation, was established in 2006 and met several times to discuss and develop the list of challenges. Through an interactive Web site, the effort received worldwide input from prominent engineers and scientists, as well as from the general public, over a one-year period. The panel's conclusions were reviewed by more than 50 subject-matter experts.

The final choices fall into four themes that are essential for humanity to flourish -- sustainability, health, reducing vulnerability and increasing joy of living. The committee did not attempt to include every important challenge, nor did it endorse particular approaches to meeting those selected. Rather than focusing on predictions or gee-whiz gadgets, the goal was to identify what needs to be done to help people and the planet thrive.

"We chose engineering challenges that we feel can, through creativity and commitment, be realistically met, most of them early in this century," said committee chair and former U.S. Secretary of Defense William J. Perry." Some can be, and should be, achieved as soon as possible."

The committee decided not to rank the challenges. The National Academy of Engineering (NAE) is offering the public an opportunity to vote on which one they think is most important and to provide comments at the project Web site -- <http://www.engineeringchallenges.org/>.

The Grand Challenges site features a five-minute video overview of the project along with committee member interview excerpts. A podcast of the news conference announcing the challenges will also be available on the site starting next week.