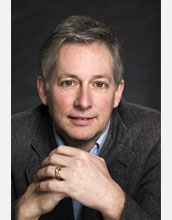 The National Science Foundation (NSF) has selected astrophysicist Edward Seidel as its director of the Office of Cyberinfrastructure. This office awards competitive, merit-based grants to researchers who demonstrate cutting-edge information technology that can lead to breakthroughs in science, engineering and other academic disciplines.

Seidel, who is Floating Point Systems Professor in the Louisiana State University (LSU) Departments of Physics & Astronomy and Computer Science and also is director of the LSU Center for Computation & Technology, or CCT, will begin this position Sept. 1, 2008.

"NSF's Office of Cyberinfrastructure is immensely important to all aspects of the science and engineering research the agency funds, and we're excited that a respected leader such as Dr. Seidel is able to join us," said NSF Director Arden L. Bement, Jr.

As Seidel prepares to assume his new responsibilities at NSF, LSU's Vice Chancellor of Research and Economic Development Brooks Keel will work with CCT's transition team to advise on and implement the center's new leadership plan.

"It is no surprise that the National Science Foundation sought out a scholar of Ed Seidel's stature for this impressive appointment," said LSU Executive Vice Chancellor and Provost Astrid Merget. "Under his leadership, LSU has emerged as a pacesetter in high-performance computing. Ed's singular stature in the field, coupled with his vision and development of CCT, has served as a magnet to attract some outstanding scholars to LSU whose contributions have advanced innovations in the sciences as well as the arts. As a catalyst for change and innovation that crosscuts many disciplines, Ed is unparalleled. His post at NSF will only enhance LSU's position and reputation in computing and technology for the modern age."

"This appointment is a true testament to the many accomplishments and the international reputation Dr. Seidel has gained in the field of high-performance computing and cyberinfrastructure," Keel said. "It is a fantastic opportunity for him, and LSU is certainly proud to have one of our truly outstanding faculty serving in this role."

NSF is an independent federal agency that supports fundamental research and education across all fields of science and engineering, with an annual budget of $5.92 billion. NSF funds reach all 50 states through grants to more than 1,700 universities and institutions. Each year, NSF receives about 42,000 competitive requests for funding, and makes more than 10,000 new funding awards. NSF also awards more than $400 million in professional and service contracts yearly.

NSF's Office of Cyberinfrastructure coordinates and supports the acquisition, development and provision of state-of-the-art cyberinfrastructure resources, tools and services essential to the conduct of 21st-century science and engineering research and education. The office supports cyberinfrastructure resources, tools and related services such as supercomputers, high-capacity mass-storage systems, system software suites and programming environments, scalable interactive visualization tools, productivity software libraries and tools, large-scale data repositories and digitized scientific data management systems, networks of various reach and granularity and an array of software tools and services that hide the complexities and heterogeneity of contemporary cyberinfrastructure while seeking to provide ubiquitous access and enhanced usability.

Seidel said such technology is crucial to the country's future success in both industry and academia. "I have spent much of my career working to advance cyberinfrastructure, particularly since I came to LSU, and the CCT aims to catalyze and transform research and education through applications of cyberinfrastructure across disciplines," Seidel said. "It is an honor to accept a position that will allow me to address these issues on a national level while continuing my work here at the University."

LSU recruited Seidel in 2003 to leverage its investment in the Governor's Information Technology Initiative, when he created the CCT. He previously had worked for seven years as a professor at the Max-Planck-Institute for Gravitational Physics (Albert-Einstein-Institute) in Potsdam, Germany, where he founded and led numerical relativity and e-science groups. While at Max-Planck, he led the EU Astrophysics Network of 10 institutes across Europe, and participated in the EU GridLab project.

Seidel has had many accomplishments during his five years at LSU, including spearheading and serving as chief scientist for the state's $40 million Louisiana Optical Network Initiative (LONI), which makes Louisiana one of the most well-connected places in the world, leading the statewide "CyberTools" project to develop advanced applications and tools for collaborative research, founding the $15 million LONI Institute involving Louisiana's six research universities, and helping lead a $2.2 million award from National Science Foundation that enabled LONI to join the TeraGrid, in January 2008.

Seidel's awards include the 2006 IEEE Sidney Fernbach Award for innovative work in high-performance computing, the 2001 Gordon Bell Prize and the 1998 Heinz Billing Prize of the Max Planck Society. He also was named to the Internet 2 Board of Trustees as Discipline Researcher Representative earlier this year and in 2007 became a Fellow of the American Physical Society.

Seidel earned his doctorate from Yale University in relativistic astrophysics. In addition to his work at LSU and the Max-Planck Institute, Seidel was a senior research scientist at the National Center for Supercomputing Applications and associate professor in the Physics Department at the University of Illinois, Urbana-Champaign.