National Science Board Nominees Sent to the U.S. Senate 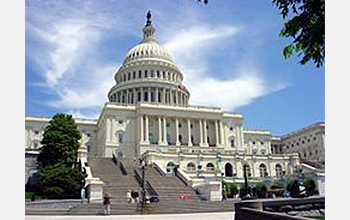 The names of seven distinguished scientists nominated by the President to serve on the National Science Board (NSB) were sent to the Senate for confirmation on September 16, 2008. Drawn from industry and universities, and representing a variety of science and engineering disciplines and geographic areas, these four new and three incumbent NSB members were selected for their preeminence in research, education or public service. When confirmed by the Senate, they will serve six-year terms to expire in May of 2014.

The NSB is an independent body of advisors to both the President and Congress on broad national policy issues related to science and engineering research and education; and an oversight body for the National Science Foundation (NSF).

The following nominations to the National Science Board were sent to the Senate:

Prior to his first appointment to the National Science Board in 2002, Barry C. Barish served on the faculty at the California Institute of Technology to establish a research program using the large frontier accelerators at Brookhaven National Laboratory, Fermilab, and the Stanford Linear Accelerator Center. Especially noteworthy were the experiments he conducted at Fermilab using high-energy neutrinos that were important in demonstrating the quark substructure of the nucleon. In addition, his experiments played a major role in establishing the weak neutral current, the key prediction of the theories of the Electroweak Unification of Glashow, Salam, and Weinberg. These theories have since led to the Standard Model of particle physics, which remains the most successful framework for describing most of particle physics.

Ray M. Bowen has served on the National Science Board since 2002 while president emeritus with a faculty appointment in mechanical engineering at Texas A&M. His research interest is in nonlinear continuum mechanics with a focus on the theory of mixtures. Under Bowen's leadership, Texas A&M was admitted to the Association of American Universities, expanded and enhanced numerous academic programs, and successfully completed a major capital campaign. Bowen has been instrumental in the creation of Vision 2020, an effort to propel the institution into the ranks of the country's top 10 public universities by the year 2020.

France A. Córdova of Indiana

France A. Córdova, a nationally recognized astrophysicist, is the president of Purdue University. Throughout her career, she has held a number of prominent positions including chancellor of the University of California, Riverside; professor of physics and vice chancellor for research at UC Santa Barbara; and chief scientist at NASA, serving as the primary scientific advisor to the NASA administrator and the principal interface between NASA headquarters and the broader scientific community. Her scientific contributions have been in the areas of observational and experimental astrophysics, multi-spectral research on X-ray and gamma ray sources, and space-borne instrumentation. Córdova is the winner of NASA's highest honor, the Distinguished Service Medal. Córdova was named one of the "100 Most Influential Hispanics" by Hispanic Business magazine in 1997 and again in 2002, and in April 2002 was named one of "80 Elite Hispanic Women" by the magazine.

Esin Gulari is currently the dean of the College of Engineering and Science at Clemson University, in which capacity she oversees 14 academic departments, which have an enrollment of about 5,000 students, 23 undergraduate and 45 graduate degree programs, and 11 research centers. Prior to becoming a dean, she served as professor and chair of the chemical engineering and materials science department at Wayne State University. She has private sector experience, as well, having served as chief technology officer of nanoSEC, a startup company formed to manufacture and market nanocomposites produced using supercritical fluid processing. From 2000 to 2004, she served at the National Science Foundation (NSF) where she was the director of the Chemical and Transport Systems Division in the Engineering Directorate, and during most of that time, also served as acting assistant director for the Engineering Directorate.

Bud Peterson is the chancellor of the University of Colorado at Boulder, prior to which he served as provost at Rensselaer Polytechnic Institute in Troy, New York. As chancellor, Peterson is the chief academic and administrative officer of the CU-Boulder campus. Throughout his career, he has played an active role in helping to establish national education and research agendas, serving on numerous industry, government and academic task forces and committees. He served as a visiting research scientist at the NASA Johnson Space Center before returning to his alma mater Texas A&M as a faculty member in the Mechanical Engineering Department, where he conducted research and taught courses in thermodynamics and heat transfer. He was later named the Halliburton Professor of Mechanical Engineering and the College of Engineering's Tenneco Professor. While at Texas A&M, he also held leadership positions as head of the Mechanical Engineering Department, executive associate dean of the College of Engineering, and associate vice chancellor for the Texas A&M University System. In 1993-94 he worked at the NSF as program director for its Thermal Transport and Thermal Processing Division.

Douglas D. Randall, a plant biochemist, was first appointed to the National Science Board in 2002. A longtime professor of biochemistry at the University of Missouri-Columbia (MU), his research has focused on plant metabolism, signal transduction, regulation of plant enzymes and understanding the metabolic interactions between photosynthesis, photorespiration and respiration. His work on plant protein phosphorylation led to the founding of the nationwide Plant Protein Phosphorylation Working Group involving over 45 research teams. His interactions and collaborations with plant biology colleagues at MU led to the establishment of the Interdisciplinary Plant Biochemistry and Physiology Group. Under Randall's directorship and MU's Food for 21st Century Program, this group has grown from nine to over 40 research teams. He has also been active in developing the Life Sciences Center at MU and the Donald Danforth Plant Sciences Center in St. Louis. Randall has served on numerous journal editorial boards and is a past officer and Chair of the Board of Trustees of the American Society of Plant Biologists.

Diane Souvaine is a computational geometer, who is professor and department chair of computer science at Tufts University, and holds a secondary appointment in the department of mathematics. Her current research focuses on the design and complexity analysis of geometry algorithms to solve problems from a variety of venues, ranging from computational statistics to geometric modeling to self-assembly of nano-structures. She also directs summer week-long institutes involving computational thinking for middle school mathematics teachers, funded by the Massachusetts Board of Higher Education. From 1992 to mid-1994, she served first as acting associate director and then as acting director of the NSF's Science and Technology Center on Discrete Mathematics and Theoretical Computer Science (DIMACS), while she was associate professor of computer science at Rutgers University. She has been a Fellow at the Radcliffe Institute for Advanced Study, and a member of the School of Mathematics at the Institute for Advanced Study in Princeton, NJ

Members of the 24-member NSB serve six-year terms; one-third of the board is appointed every two years.

The National Science Foundation Act of 1950, which created NSF, states that "The Foundation shall consist of a National Science Board ... and a Director." Jointly the Board and the Director pursue the goals and functions of NSF, including the duty to "recommend and encourage the pursuit of national policies for the promotion of research and education in science and engineering."

The NSB's role is twofold. It serves as an independent body of advisors to both the President and Congress on broad national policy issues related to science and engineering research and education. The NSB also provides oversight for, and establishes the policies of, NSF within the framework of applicable national policies set forth by the President and the Congress. Specifically, the Board identifies issues that are critical to NSF's future, approves NSF's strategic budget directions, approves annual budget submissions to the Office of Management and Budget, approves new programs and major awards, analyzes NSF's budget to ensure progress and consistency along the strategic direction set for NSF, and ensures balance between initiatives and core programs.

The NSB has five public meetings a year, usually at the NSF headquarters in Arlington, Va. It also conducts studies and reports on a broad range of policy topics--including the biennial Science and Engineering Indicators--and publishes occasional policy papers or statements on issues of importance to U.S. science and engineering. It sponsors two national honorary awards: the Vannevar Bush Award, recognizing senior scientists for contributions in public service; and the NSB Public Service Award, highlighting contributions to increasing public understanding of science or engineering.