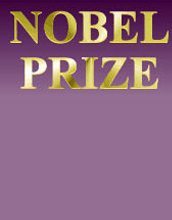 "We are very proud of this year's laureates and their impressive achievements in a variety of disciplines," said Arden L. Bement, Jr., NSF director. "This year's Nobel Prize recipients exemplify dedicated researchers who commit to hard work long before their contributions are recognized. These American Nobel laureates embody NSF's gold-chip investments in our future."

Now a total of 180 U.S. and U.S.-based researchers have had their research pursuits funded by the NSF earlier in their careers, before their research became widely recognized and they became Nobel laureates.

The NSF-funded laureates were recognized for the following research:

Krugman's work on international trade and economic geography represents a paradigm shift in research on global economics. Beginning in 1979, Krugman proposed a new model that provided a theory for the effects of globalization and free trade. It offered a better explanation than the well-established theory of foreign trade that certain countries have a comparative advantage over others in more effectively producing particular goods based on factors such as climate, natural resources or supplies of labor or capital. Krugman recognized that the traditional theory did not fully explain modern trends that showed international trade becoming increasingly concentrated among smaller numbers of producers and nations. His work shed light on key economic issues such as why countries import and export the same goods, how companies decide where to locate, how people decide where to live and why dense urban areas become centers of economic activity while existing alongside sparsely populated rural areas.

Krugman is a professor in the Department of Economics at Princeton University and in its Woodrow Wilson School of Public and International Affairs. He is also a well-known columnist for The New York Times and one of the country's foremost liberal commentators on economic, political and policy issues, including the current crisis in the world's financial markets.

Krugman's selection marks a dozen consecutive years in which NSF grantees have received this prestigious distinction in economics. He is the 21st in a row and among a total of 39 NSF-funded researchers who earned Nobel prizes in economics.

As early as 1960, Yoichiro Nambu formulated his mathematical description of spontaneous broken symmetry in elementary particle physics. Spontaneous broken symmetry conceals nature's order under an apparently jumbled surface. It has proved to be extremely useful, and Nambu's theories permeate the Standard Model of elementary particle physics which unifies the smallest building blocks of all matter and three of nature's four forces in one single theory.

The spontaneous broken symmetries that Nambu studied seem to have existed in nature since the very beginning of the universe and came as a complete surprise when they first appeared in particle experiments in 1964.

Nambu is at the Enrico Fermi Institute at the University of Chicago. NSF funded his work extensively until 1999. He is the 56th researcher funded by NSF to earn a Nobel Prize in Physics.

Glowing green fluorescent protein or GFP, was first observed in the jellyfish, Aequorea victoria, in 1962. Since then, this protein has become one of the most important tools used in contemporary bioscience. With the aid of GFP, researchers have developed ways to watch processes that were previously invisible, such as the development of nerve cells in the brain or how cancer cells spread.

This year's Nobel Prize in Chemistry rewards the initial discovery of GFP and a series of important developments that led to its use as a tagging tool in bioscience. By using DNA technology, researchers can now connect GFP to other interesting, but otherwise invisible, proteins. This glowing marker allows them to watch the movements, positions and interactions of the tagged proteins.

Researchers can also follow the fate of various cells with the help of GFP: nerve cell damage during Alzheimer's disease or how insulin-producing beta cells are created in the pancreas of a growing embryo. In one spectacular experiment, researchers succeeded in tagging different nerve cells in the brain of a mouse with a kaleidoscope of colors.

The discovery of GFP involves the three Nobel Prize laureates:

Osamu Shimomura first isolated GFP from the jellyfish Aequorea victoria, which drifts with the currents off the west coast of North America. He discovered that this protein glowed bright green under ultraviolet light. He is professor emeritus at the Marine Biological Laboratory at Woods Hole, Mass. and Boston University's Medical School. He has had an extensive interaction with NSF starting in late 1970s and lasting until his retirement. NSF funded his research 'Improved Aequorin for Monitoring Ca and Superoxide in Cells' and 'biochemistry of luminescence'.

Martin Chalfie, professor of Biological Sciences at Columbia University, demonstrated the value of GFP as a luminous genetic tag for various biological phenomena. In one of his first experiments, he colored six individual cells in the transparent roundworm Caenorhabditis elegans with the aid of GFP.

Roger Y. Tsien contributed to our general understanding of how GFP fluoresces. A professor at the University of California at San Diego, he also extended the color palette beyond green allowing researchers to give various proteins and cells different colors. This enables scientists to follow several different biological processes at the same time.

The structure of green fluorescent proteins in 1996 was determined by Jim Remington from the University of Oregon. Remington, a crystallographer, collaborated with Tsien in this work. Years later, Tsien received NSF funding in 1987 and 1988 to establish a center for the study of cell morphology and function, when he was at the University of California at Berkeley. To date, NSF has funded 47 researchers who earned Nobel Prizes in Chemistry.

A complete list of all NSF-funded Nobel Prize winners to date is posted at: http://www.nsf.gov/news/news_summ.jsp?cntn_id=100683.