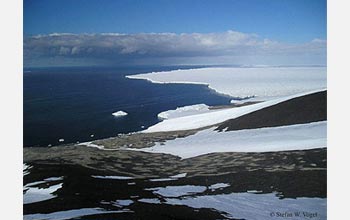 Google today released the newest version of "Google Earth," which contains a feature called "Ocean in Google Earth" that enables users to dive beneath the surface of the sea and explore the world's oceans.

The material, which was provided by Stefan Vogel, a National Science Foundation (NSF)-funded researcher from Northern Illinois University, summarizes the results of Vogel's own research and the research of other NSF-funded scientists who focus on subglacial environments, the evolution of the Antarctic ice sheet and interactions between this ice sheet and the Earth's ocean and climate system. Many other NSF-funded researchers besides Vogel also contributed to "Ocean in Google Earth."

Google's announcement of the newest version of Google Earth is posted at http://googleblog.blogspot.com/2009/02/dive-into-new-google-earth.html. Users may obtain more information, watch a video and download Google Earth at http://earth.google.com/ocean.