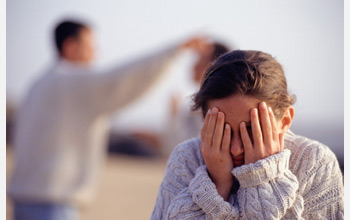 "Emotion is so central to memory in the law," said Brainerd, professor of human development and an adjunct law professor at Cornell. "Determining the conditions in which false memories increase or can be suppressed or eliminated is an urgent question."

In a recent research study, Brainerd and Reyna found that emotion appears to distort both children's and adults' memories, especially when events have a negative emotional charge, such as those associated with crimes. They also found that children are less susceptible to false memories resulting from negative events, but that as a person grows older he or she is more susceptible.

The co-authors report their findings online this week in the Journal of Experimental Child Psychology. The research is supported by the National Science Foundation.

Leading memory theories claim that adults remember negative events better than children and have fewer false memories resulting from them. The law also assumes the validity of these theories. But Brainerd and Reyna's data show these ideas are not necessarily accurate.

The researchers tested children, ages seven and 11, and young adults, ages 18-23, by exposing them to mild levels of emotion using a series of word lists. Specifically, they were exposed to closely-related emotional words such as pain, cut, ouch, cry, injury and so on. But with each list, certain related words were missing such as "hurt."

When asked to recognize words from the list, respondents would mistakenly remember "hurt" as one of the words. These mistakes allowed researchers to determine the level of emotion-induced false memory at each age.

"Our experiments allowed the distortive effects of emotion on children's memory to be studied ethically," said Reyna. "To avoid concerns about exposing children to levels of emotional intensity associated with crimes or other everyday events, our design exposed children, adolescents and adults to mild levels of emotion with word lists."

"The study showed that the ability of negative-arousing events to stimulate false memories increases considerably between early childhood and young adulthood," added Brainerd. "This is remarkable because common-sense and most theories of development expect that if emotion distorts memory, children ought to be more susceptible."

Brainerd and Reyna predicted the results based on their previous memory studies involving something called fuzzy trace theory. Fuzzy trace theory argues that children depend more heavily on a part of the mind that records, "what actually happened," while adults depend more on another part of the mind that records, "the meaning of what happened." It appears that meaning and emotion are connected to memory in ways not anticipated by memory theorists before now.

"We need to jettison the old idea that experiences that are negative and arousing are less prone to distortion than other types of events," said Brainerd. "We also need to jettison the related idea that children are more susceptible to memory distortion from negative experiences. Instead, the message is the opposite: negative-arousing events are probably more memory distorting, especially for adults."