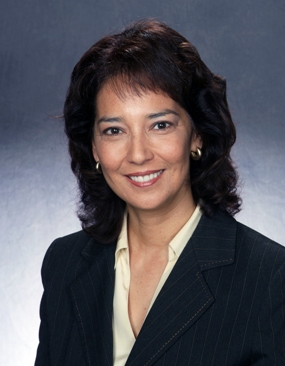 Theresa Maldonado will lead the NSF Division of Engineering Education and Centers (EEC).

The National Science Foundation (NSF) has selected Theresa A. Maldonado as director of the Division of Engineering Education and Centers (EEC) of the Directorate for Engineering.  Maldonado, who has served in a number of leadership positions for the Texas A&M University System since 2003, began her term at NSF on January 3.

At the Texas A&M University System, which is comprised of 11 universities, seven state agencies, and a health science center, Maldonado most recently served as Associate Vice Chancellor for Research.  On the main Texas A&M campus in College Station, she also served as the Associate Dean for Strategic Initiatives, as the director of the Energy Engineering Institute (EEI), and as a professor of electrical and computer engineering.  Maldonado previously held other leadership roles at the University, the Dwight Look College of Engineering, and the Texas Engineering Experiment Station.

In her recent roles, Maldonado developed partnerships with industry, state and federal government agencies, and others for funding, technology commercialization, and regional economic development.  She led the creation of a major research program in wind energy, including two research agreements with large international wind companies and the formation of a wind energy center under EEI.  She worked with colleagues in Texas A&M AgriLife Research in developing a significant program in bioenergy.  And she pulled together expertise from across the A&M System universities and state agencies in rapid response to the 2010 oil spill in the Gulf of Mexico.

"Theresa brings a wealth of experience to the EEC division, from her many contributions to NSF, to her leadership in academic research and administration," said Thomas Peterson, assistant director for the NSF Directorate for Engineering.  "Her division will benefit from her extraordinary and essential ability to balance the synergistic missions of advancing engineering education and engineering research centers."

Before joining Texas A&M, Maldonado spent more than a decade at University of Texas at Arlington (UTA).  She rose to become a full professor of electrical engineering, with research in electro-optics and nonlinear optics, and she later served as Associate Vice President for Research and as director of the Institute for Nanoscale Science and Engineering Research and Teaching.  Maldonado was recognized by the UTA College of Engineering with the Halliburton Award for Teaching Excellence (1992) and the Halliburton Award for Outstanding Young Faculty (1993).  Prior to joining academia, she served as a member of technical staff at AT&T Bell Laboratories, working on optical fiber components and systems.

Maldonado continues her research and technology transfer activities in energy technologies and systems.  In addition, she is engaged with faculty in developing energy curricula at the graduate and undergraduate levels, including safety engineering, as well as in advancing strategies for broadening participation of underrepresented groups in engineering.  She is currently serving on the National Petroleum Council Supply and Infrastructure Task Force, and on the National Academy of Engineering working group on Frontiers of Engineering Education.

Maldonado has had connections to NSF throughout her career.  She is the immediate past chair of the NSF Committee on Equal Opportunities in Science and Engineering.  From 1999 to 2001 she served as program director of Engineering Research Centers in the NSF Directorate for Engineering, and she was recognized with the Director's Award for Program Management Excellence as well as with other awards for her service towards the CAREER and ADVANCE programs.

Maldonado earned the Ph.D., M.S.E.E., and B.E.E. with Highest Honors degrees in electrical engineering, all from the Georgia Institute of Technology, and she is a registered Professional Engineer in Texas.  She was inducted into the Inaugural Council of Outstanding Young Engineering Alumni at Georgia Tech in 1995.  She is a Senior Member of IEEE and member of OSA, SPIE, AAAS, ASEE, and Sigma Xi.