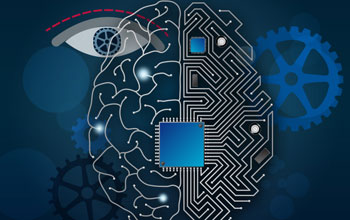 Significant obstacles remain before the gap between brain and machine can be bridged.

Siri and Watson may seem brainy in certain situations, but to build truly smart, world-changing machines, researchers must understand how human intelligence emerges from brain activity.

Such an awesome challenge requires that scientists and engineers across key fields work together to learn how the brain performs complex computations, from social interactions to visual recognition. The hope is that through building intelligent machines, we can better understand ourselves.

To help encourage progress in this field, the National Science Foundation (NSF) recently awarded $25 million to establish a Center for Brains, Minds and Machines at the Massachusetts Institute of Technology (MIT). The center is one of three new research centers funded this year through NSF's Science and Technology Centers: Integrative Partnerships program.

"NSF is pleased to support a cohort of exceptionally strong center proposals in Fiscal Year 2013 that scientifically 'top the charts' in terms of their timeliness and their potential contribution to U.S. competitiveness," said Wanda Ward, NSF's office head of the Office of International and Integrative Activities, which oversees the program. "These new leading-edge centers will produce the next generation of diverse, globally engaged talent and have the potential to attract more Nobel Prize-caliber researchers."

The MIT center will also play a key role in the new BRAIN Initiative, an effort by federal agencies and private partners to support and coordinate research to understand how the brain works.

Recent advances in areas ranging from artificial intelligence to neurotechnology present new opportunities for an integrated effort to produce major breakthroughs in fundamental knowledge. For example, some digital computers can now rival the raw processing power and memory of the human brain. New tools allow researchers to switch individual brain cells "on" and "off" to affect behavior. Yet, a three-year-old child can identify a door knob better than an intelligent machine can. Significant obstacles clearly remain before the gap between brain and machine can be bridged.

"Understanding the brain is one of the grand scientific challenges at the intersection of the physical, life, behavioral and engineering sciences," said John Wingfield, assistant director of NSF's Biological Sciences Directorate. "Despite major research and technological advances achieved in recent decades, a comprehensive understanding of the brain--how thoughts, memories and intelligent behavior emerge from dynamic brain activity--remains unexplained."

Human intelligence has many aspects--including an ability to understand people and surroundings by using vision and language--so the researchers will take a multi-faceted approach. Recent work in artificial intelligence has focused in part on improvements in modeling human vision and social interaction, producing self-driving cars and the verbally quick Watson, for example.

Work at the new MIT center will cross disciplines to build more human-like machines, with the goal of establishing a theory of intelligence.

The five-year award will enable the center's researchers to benefit from the expertise of neuroscientists, engineers, mathematicians and computational scientists through a global network of academic, industrial and technological partnerships. Tomaso Poggio, the Eugene McDermott Professor at the Department of Brain Sciences and a principal investigator at the McGovern Institute for Brain Research at MIT, is the principal investigator for the project.

The award will also help train the next generation of scientists and engineers. A summer school program, technical workshops and online courses are planned to create a new community of interdisciplinary researchers fluent in the study of intelligence.

"Investments such as this in collaborative, fundamental science projects will ultimately lead to discoveries that revolutionize our understanding of the brain, which is the goal of the new BRAIN Initiative," Wingfield said. "Progress in this area holds enormous potential to improve our educational, economic, health and social institutions."

The Center for Brains, Minds and Machines will partner with the following institutions and organizations.

Related Websites
The Center for Brains, Minds and Machines: http://cbmm.mit.edu/
Prying Open the Black Box of the Brain: http://www.nsf.gov/discoveries/disc_summ.jsp?cntn_id=128239
Artificial-intelligence research revives its old ambitions: http://web.mit.edu/newsoffice/2013/center-for-brains-minds-and-machines-0909.html
Understanding the brain: the National Science Foundation and the BRAIN Initiative fact sheet: http://www.nsf.gov/news/news_summ.jsp?cntn_id=128960&org=NSF&from=news
Award Abstract #1231216: A Center for Brains, Minds and Machines: the Science and the Technology of Intelligence: http://www.nsf.gov/awardsearch/showAward?AWD_ID=1231216&HistoricalAwards=false