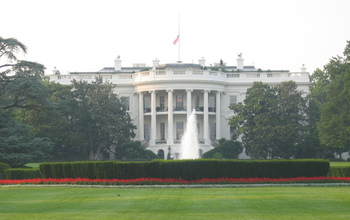 President Barack Obama today named 102 researchers as recipients of the Presidential Early Career Awards for Scientists and Engineers, the highest honor bestowed by the United States government on science and engineering professionals in the early stages of their independent research careers. The National Science Foundation (NSF) supports 19 of the award recipients.

The winners will receive their awards at a Washington, D.C., ceremony in the coming year.

"The impressive achievements of these early-stage scientists and engineers are promising indicators of even greater successes ahead," Obama said. "We are grateful for their commitment to generating the scientific and technical advancements that will ensure America's global leadership for many years to come."

The departments and agencies join together annually to nominate the most meritorious scientists and engineers whose early accomplishments show the greatest promise for assuring America's preeminence in science and engineering and contributing to the awarding agencies' missions.

The awards, established by former President Bill Clinton in 1996, are coordinated by the Office of Science and Technology Policy within the Executive Office of the President. Awardees are selected for their pursuit of innovative research at the frontiers of science and technology and their commitment to community service as demonstrated through scientific leadership, public education, or community outreach.