Report: U.S. institutions awarded most doctorates ever recorded in 2014 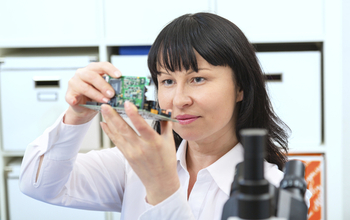 Without continued investment, the U.S. doctoral education system's preeminence is not guaranteed.

The 54,070 research doctorate degrees awarded by U.S. institutions in 2014 represent the highest total ever recorded in the 58-year history of the Survey of Earned Doctorates (SED), an annual census of research degree recipients.

The report, published by the National Center for Science and Engineering Statistics (NCSES) of the National Science Foundation (NSF), supplies data and analysis for a vital U.S. economic interest: the American system of doctoral education.

By presenting an annual count of U.S. doctoral recipients, NCSES provides a measurement of the human resources devoted to science, engineering, research and scholarship.

NCSES identified overall trends in the 2014 numbers including:

For more information on the survey -- including the amount of education-related debt doctorate recipients incur, the kinds of employment they find and how much they earn -- view the full report.