Funding to address ecological transmission dynamics of the virus 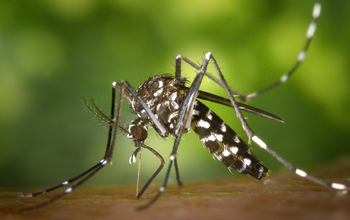 "Each new infectious disease presents an ongoing challenge to public health," says James Olds, NSF assistant director for Biological Sciences. "Recognizing the need for urgency, NSF is making these RAPID awards to understand the rate of spread, number of people infected, and likely persistence of Zika as a public health threat, and to help us prepare for the next outbreak."

Discovered in Uganda in 1947, Zika has been documented since the 1950s along the equatorial belt from Africa to Asia. In 2014, the virus spread eastward to French Polynesia, and in 2015 to Mexico, Central America, the Caribbean (including Puerto Rico) and South America, where the outbreak continues.

Zika is transmitted to humans through the bite of an infected Aedes aegypti mosquito. Because this mosquito is found throughout the world, it’s likely that outbreaks will spread to new countries, scientists say.

Now, researchers have detected the Zika virus in a second mosquito species in the Western Hemisphere, Aedes albopictus, known as the "Asian tiger mosquito," increasing the number of people at risk for the disease.

However, a woman who is infected with Zika during pregnancy has an increased risk of having a baby with microcephaly. It may also be responsible for neurologic conditions in adults such as Guillain-Barre syndrome, which results in extreme muscle weakness.

NSF's EEID Program funds the development and testing of predictive models, and discovery of the principles governing the transmission dynamics of infectious diseases such as Zika.

One example of RAPID-supported research, led by Anna Stewart at SUNY Upstate Medical University, is a study of the socio-ecology and climate responses of Zika virus transmission by catching Aedes aegypti mosquitoes in southern coastal Ecuador. Ecuador is one of 26 countries in the Americas that has reported active Zika virus transmission, according to the U.S. Centers for Disease Control and Prevention.

The towns in Ecuador where the scientists are working -- Machala, Huaquillas, and Portovuelo/Zaruma -- vary in climate, elevation and socioeconomic conditions, and in their amount of mosquito-borne disease. In recent studies, Machala had the greatest abundance of Aedes aegypti larvae of all sites surveyed in 10 countries in Latin America and Asia, indicating a high risk for virus transmission.

Derek Cummings, University of Florida, RAPID: Data driven mathematical modeling of the shared epidemiology of Zika and other arboviruses across the globe