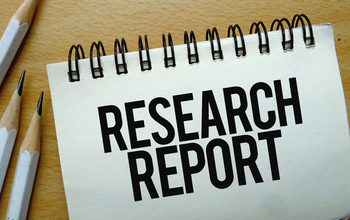 Funding of higher education research and development (R&D) in the United States reached $75.3 billion in fiscal year (FY) 2017, an increase of 4.7 percent from FY2016.

Federal funding of R&D increased in both current and constant dollars, the first such consecutive increase since the peak of expenditures from the American Recovery and Reinvestment Act of 2009 between FY2009 and FY2011. These data are from the Higher Education Research and Development (HERD) Survey, conducted by the National Center for Science and Engineering Statistics within the National Science Foundation.

The federal government continued to provide the highest share of funding -- 53.5 percent in FY2017. That share was nearly the same as FY2016 (54 percent), but also the lowest since the survey began in 1953.

R&D expenditures funded from universities' own sources reached nearly $19 billion in FY2017. This total accounted for 25 percent of total higher education R&D. The total amount and the share are the largest since the advent of the survey.

The share of dollars spent by universities on basic research has gradually declined since FY2010. Basic research accounted for about 62 percent of expenditures in FY2017, compared to about 66 percent in FY2010.

Two-thirds of the $3.4 billion growth in R&D expenditures for FY2017 stemmed from increases in the life sciences subfields of biological and biomedical sciences (up $664 million) and health sciences (up $1.6 million).

The fiscal year referred to throughout this report is the academic fiscal year, typically July 1 through June 30.

For more information and data tables, please see the report.