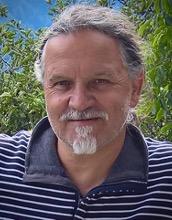 The Office of Polar Programs (OPP) Arctic Sciences Section is excited to welcome Dr. Rainer Amon as a Program Officer in the Arctic Natural Sciences program. Dr. Amon has extensive experience studying studied carbon fluxes in large Arctic watersheds and the Arctic Ocean. Additionally, he has studied the use of organic and inorganic tracers to study water mass circulation and connections between the Arctic Ocean, the North Atlantic, and lower latitude ocean basins.

Dr. Amon is currently a Professor in the Department of Marine and Coastal Environmental Science and the Department of Oceanography at Texas A&M University. He received his MS in Marine Biology from the University of Vienna in Austria and his Ph.D. in Marine Science from the University of Texas at Austin. After finishing his Ph.D., Dr. Amon worked as a research scientist at the Alfred Wegener Institute for Polar and Marine Research in Germany. Following that, he began his tenure at Texas A&M. Dr. Amon's research has focused on the Arctic region for the last 25 years, generally working on carbon biogeochemistry in the Arctic Ocean and large Siberian watersheds. Over the last five years, Dr. Amon was also part of a large international project in the Gulf of Mexico to study deep water exchanges with the North Atlantic. He brings extensive experience with international research collaborations, particularly with Russian, European and Mexican colleagues, during which he organized and participated in numerous field campaigns. His extensive field experience in the Arctic Ocean, estuaries, and rivers will bring valuable contacts and know-how to NSF-OPP.