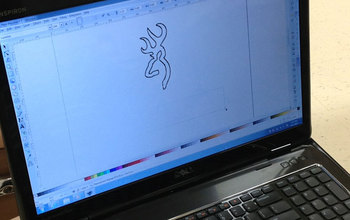 In Georgia, young students often feel disconnected from the real world when studying math and science, a perception that poses serious challenges to the state's future economic and workforce development, according to a series of forums held in Georgia between 2006 and 2008.

But a new initiative just outside Atlanta--a partnership between the Georgia Institute of Technology and the Griffin-Spalding County school system, and funded by the National Science Foundation (NSF)--is trying to change this. The NSF project, known as AMP-IT-UP, is using a novel approach to encourage student creativity, and make these important courses come alive.

The new courses integrate basic science and math content with hands-on engineering design and construction. The idea is to get youngsters to think about engineering, and to better understand engineering concepts, by using math and science to actually design and build projects, often with a specific "client" in mind.

The goal is to expose them to the role of math, science and engineering in advanced manufacturing and robotics in a way that demonstrates their relevance, and to collect research data to determine what the students learn, and whether the program is succeeding in engaging them.

Among other things, students design and manufacture physical artifacts to meet a specific engineering challenge, and must defend their decisions with scientific and mathematical reasoning. Ultimately, they will have access to sophisticated manufacturing equipment, such as 3-D printers, laser cutters and vinyl cutters.

"These classes build upon traditional classes where kids actually made things, such as making wooden boxes in what we used to call 'wood shop,' but with the addition of math, science and engineering design," says Marion Usselman, an associate director for federal outreach and research at the Center for Education Integrating Science, Mathematics and Computing (CEISMC) at Georgia Tech and co-principal investigator and program director of the NSF-supported AMP-IT-UP project, which stands for Advanced Manufacturing and Prototyping Integrated to Unlock Potential.

"The emphasis in AMP-IT-UP is on students learning to define a problem--an engineering challenge--and then constructing a prototype and collecting data to find out whether the design works. They then change things based on the data," she adds. "Everybody might build a box, but each box won't look and function the same."

Roxanne Moore, who works on the curriculum as a Georgia Tech School of Mechanical Engineering postdoctoral fellow, agrees. "There is a lot of contextualization," she says. "Students must consider the client or customer needs, even if they are their own client. This is a shift from the 'wood shop' class, where one might make a napkin holder just for the sake of making a napkin holder."

Vocational tech ed, which included the old "wood shop" classes, "was viewed for a long time as the non-college track for students," says Jeff Rosen, co-principal investigator for implementation and partnerships for AMP-IT-UP and a program director for robotics and engineering at CEISMC.

"What we are looking at is getting all students engaged in the act of making things, which allows them to have a better contextualization of math and science," he adds. "The whole idea of STEM (science, technology, engineering and mathematics) education is great, but the object is not to just do advanced math and science. It's really about doing it all simultaneously, so you can get a true solid understanding of how everything works together."

Usselman agrees. "Many kids come into Georgia Tech never having used a drill or a saw or a hammer or screws," she says. "People don't build things anymore. They come in with a 750 on their math SAT, but have spent their lives in front of a computer screen. They have no hands-on experience."

AMP-IT-UP is among the more than 100 currently active projects supported by NSF's Math and Science Partnership (MSP) program in its Division of Undergraduate Education, which is within the Education and Human Resources Directorate. The MSP program has funded about 180 projects overall since 2002 with the goal of improving math, science, computer science and engineering learning at the K-12 level through local school district partnerships with higher education institutions.

Such partnerships have "to be mutually beneficial," says Kathleen Bergin, an MSP program officer. "It cannot be the typical service model, that is, 'we are the university and we're here to help you.' Both should be learning from each other."

NSF is supporting AMP-IT-UP, which began last year, with about $7.3 million over five years.

"What makes this project so exciting is that they are tackling an immediate need," Bergin says. "It's becoming an increasing need across the nation to engage students at an earlier age in engineering and engineering design and innovation. Students can start having real hands-on projects on engineering design. There is considerable interest in exposing students to engineering earlier. Many students get to college and want to be an engineer, but don't really know what an engineer is.

"The fact that the engineering work they are doing [in AMP-IT-UP] is around advanced manufacturing is very exciting because they are learning that there are real implications to what they do," Bergin adds.

Most of the AMP-IT-UP courses are focused at the middle school level--grades six through eight--although educators also are developing an introductory math and engineering course for ninth-graders that will serve as the first of a three-course "pathway" for high schoolers aimed at providing them with precollege engineering experiences to better prepare them for college courses.

"The course is broken into different projects and you advance with each one," Moore says. "Each project incorporates the engineering design process, fabrication skills and entrepreneurial thinking; that is, understanding you will be making something for a client with mass market meaning behind it."

The ninth-grade students, for example, must construct a birdhouse, but with a customer in mind. "Your customer is a bird," Moore says. "You must think about the customer's needs, such as livable space and the material constraints that are given. They have to brainstorm multiple ideas and justify their selection before they can touch a saw. There is a lot more than simply drawing this shape, and drilling this hole."

Moreover, Usselman adds, "you not only have to think about what the bird wants, but what you want the birdhouse to look like."

Beyond curriculum, the project also includes extra-curricular support, such as engineering and robotic competitions, "so students exposed to engineering who find a passion for it will have opportunities outside the classroom," Rosen says.

Much of the early emphasis of the courses is on data collection; that is, examining the problem they must solve, designing a solution, testing it and redesigning it using their test data.

"Students need to understand how to collect data and document their information accurately, and how to use math skills to compute," Rosen says. "I had one student working in 3-D software. He was trying to cut something out but didn't realize he was creating a part floating in mid-air because he didn't understand the geometry of what he was asking the computer to do. The computer wouldn't let him.

"Once you've acquired the understanding of how to collect data, then you can make things, so by the time you progress to the high school course, these skill sets will be second nature," he adds.

One of the students' beginning projects is to pretend they own a carnival food stand, and prepare to open it. This means they must figure out, among other things, what foods to stock and how much everything will cost.

"They have to ask their friends what they would want to eat, and have to get all the information about the stand, including profits and why they should invest in it," Rosen says. "They don't actually build a stand. This is building math skills and getting the students to understand why they need to collect data."

Later, still using the carnival theme, they create a carnival game using a pneumatic catapult which, when pumped up, launches a ball.

"Students have to collect data about where the ball is landing, and how accurate the catapult is," Usselman says. "They have to figure out where and how big the target should be for winning a large prize, or a small prize. They learn very quickly that they will lose money if they give a prize to everybody. This emphasizes why they need to know math, but in a context that is fun."

Bergin believes that projects within the MSP program already have made a difference. "We have seen improvement in math and science among students, especially among Hispanics and African American students," she says, noting that each project employs its own unique approaches to teaching.

"We have one project that brought rural teachers from across the state and immersed them in computer visualizations to learn chemistry at the molecular level," she says. "Another project focuses on computational thinking, and using mobile technologies such as smartphones to collect data and encourage experimentation. There are many exciting things underway."