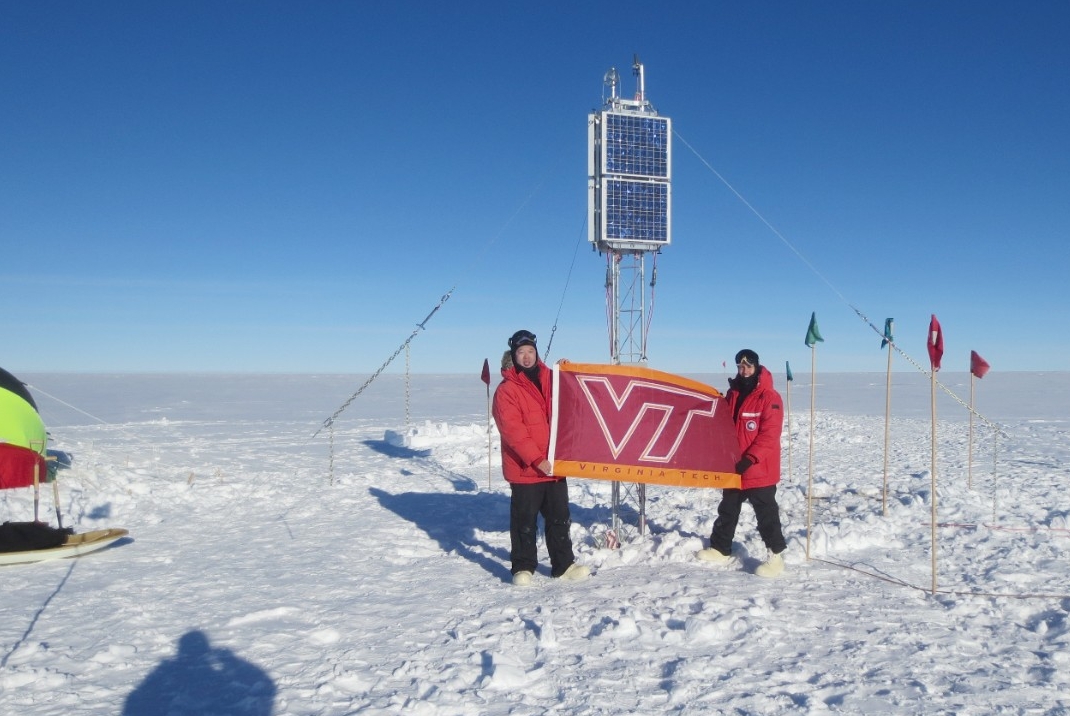 New evidence regarding a scientifically controversial theory about the earth’s magnetic field and space weather was discovered almost as soon as Virginia Tech researchers finished installing six data-collection stations near the South Pole in January… Supported by $2.66 million from the National Science Foundation, Robert Clauer, a Virginia Tech professor in the Bradley Department of Electrical and Computer Engineering in the College of Engineering, and his team designed and hand-built six autonomous data-collection stations, and installed them, piece by piece, near the geographic South Pole for initial testing. NSF's Major Research Instrumentation program helped fund the research.

Further details of this story can be found on Augusta Free Press.  http://augustafreepress.com/virginia-tech-researchers-reveal-new-evidence-space-weather/