Dr. Anthony Janetos to serve as the next Chair of NSF’s Advisory Committee for Environmental Research and Education 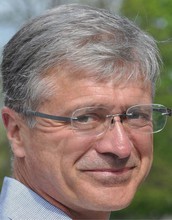 The NSF is pleased to announce that Dr. Anthony (Tony) Janetos will serve as the next Chair of NSF’s Advisory Committee for Environmental Research and Education (AC ERE) beginning on October 1, 2016.

With a long and distinguished career focused on high-impact global change science and policy, Dr. Janetos is a recognized leader in environmental research, education, and policy. He is currently the Director of the Frederick S. Pardee Center for the Study of the Longer-Range Future at Boston University, and has served as the Director of the Joint Global Change Research Institute at the University of Maryland. He has held executive leadership positions at a number of institutions and agencies, including the U.S. Environmental Protection Agency, NASA, the World Resources Institute, and the Heinz Center for Science, Economics, and the Environment.  He also has an extensive record of service, participating on numerous boards and advisory committees, including the Board on Atmospherics Sciences and Climate of the National Academy of Sciences, and the Department of Energy's Biological and Environmental Research Advisory Committee. Dr. Janetos has been a member of the AC ERE since he was first appointed in March 2011.  Dr. Janetos received his Ph.D. in Biology from Princeton University in 1980.

Dr. David Skole, the current Chair of the AC ERE, plans to step down after over 10 years of service to the AC ERE. Dr. Skole is a Professor of Global Ecology, Remote Sensing, and GIS at Michigan State University. He has over 25 years of experience with global carbon cycle and climate change research and was instrumental in constructing the first numerical global carbon model. He was a member of the United Nation’s Intergovernmental Panel on Climate Change that shared the 2007 Nobel Peace Prize. Dr. Skole first served on the AC ERE from 2002 to 2005, chairing the committee from 2003 to 2005. He returned to serve on the AC ERE in 2010 and has been an active member since then. He accepted a second term as Chair of the committee in 2015. During his first term as Chair, Dr. Skole led the AC ERE in the development of the visionary report “Complex Environmental Systems: Pathways to the Future”, released in March 2005. The bold recommendations in this report helped shape NSF’s current environmental research and education portfolio. Under his current leadership, the AC ERE produced another report, “America’s Future: Environmental Research and Education for a Thriving Century”, published in September 2015, that urges the NSF to advance the fundamental research necessary for developing solutions to global environmental challenges.

The NSF both welcomes Dr. Janetos to his new position and thanks Dr. Skole for his years of service and visionary leadership.