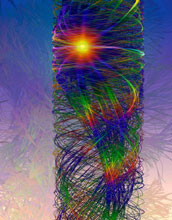 The Annual NSF Budget to Congress identifies investment areas that are notable for being interdisciplinary, supported by numerous NSF directorates, and intended to have transformative impact across science and engineering fields. The investment areas may result in a single program, for example, Cyber-enabled Discovery and Innovation (CDI) or may provide a theme for support in numerous programs (for example, Climate Research and the National Nanotechnology Initiative).

In addition to the NSF programs and investment areas mentioned above, NSF has developed several additional mechanisms to promote and support potentially transformative research. These include:

The EAGER funding mechanism can be used to support exploratory work in its early stages on untested, but potentially transformative, research ideas or approaches. This work could be considered especially "high risk-high payoff" in the sense that it, involves radically different approaches, applies new expertise, or engages novel disciplinary or interdisciplinary perspectives. Exploratory proposals may also be submitted directly to an NSF program. Principal Investigators (PIs) must contact the NSF program officer(s) whose expertise is most germane to the proposal topic prior to submission of an EAGER proposal to determine the appropriateness of the work for consideration under the EAGER mechanism. The EAGER mechanism should not be used for projects that are appropriate for submission as "regular" (i.e., non-EAGER) NSF.

A program officer may recommend the extension of funding for certain research grants beyond the initial period for which the grant was awarded for a period of up to two years. The objective of such extensions is to offer an extended opportunity to attack adventurous, "high-risk" opportunities in the same general research area, but not necessarily covered by the original/current proposal. Special Creativity Extensions are generally initiated by the NSF program officer based on progress during the first two years of a three-year grant; PIs will be informed of such action a year in advance of the expiration of the grant.

The accomplishment based renewal is a special type of renewal proposal appropriate only for an investigator who has made significant contributions, over a number of years, in the area of research addressed by the proposal. Investigators are strongly urged to contact the cognizant program officer prior to developing a proposal using this format. In an accomplishment-based renewal, the project description is replaced by copies of no more than six reprints of publications resulting from the research supported by NSF (or research supported by other sources that is closely related to the NSF-supported research) during the preceding three- to five-year period. In addition, a brief (not to exceed four pages) summary of plans for the proposed support period must be submitted. All other information required for NSF proposal submission remains the same.

In addition to its existing programs and mechanisms as indicated above, NSF continues to experiment with innovative approaches to promote and identify potentially transformative research. In fact, in the FY2010 NSF budget request, each research division is provided funds explicitly to explore methodologies that help support transformative research.

The examples below illustrate some of the efforts being piloted across the foundation: