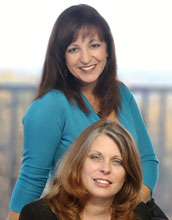 In 1995, after a successful career with IBM, Julie Lenzer Kirk left her job to launch a software company, Applied Creative Technologies, devoted to the creation and distribution of barcode inventory control software.

She quickly learned that being an entrepreneur and businesswoman required different skills than she had developed in her years as a computer scientist and information technology specialist. Nevertheless, Kirk is a quick learner and her company began to thrive.

Ten years after founding Applied Creative Technologies and just as Kirk was involved in merger discussions with another company, an invitation arrived from the University of Maryland, Baltimore County, to teach in its new ACTiVATE® program. The new program, designed to give women the entrepreneurial skills to bring new technologies to market, had been funded by a grant from the National Science Foundation (NSF), the federal agency with primary responsibility for funding basic research in science and engineering.

Since its inception, ACTiVATE® has helped launch over 35 new companies in Maryland.

As Kirk found through personal experience with her own company, bringing new technologies and innovations to market requires different skills than those needed to discover and develop those technologies.

One example of an ACTiVATE® success is Encore Path, a new company that markets a device developed by doctors and engineers at the University of Maryland Medical School. The comany is headed by Kris Appel, an early graduate of the ACTiVATE® program, and the device, known as the Tailwind, is used to help patients recover from stroke-induced paralysis.

In this year's State of the Union address, President Barack Obama spoke at length about the need to encourage new innovation in the country, arguing that investments in science and technology can advance the economy while simultaneously making progress on some of the serious problems facing the nation in health, the environment and other areas.

We did this in the 1960s, he explained, when the United States put a man on the moon and, in the process, discovered an array of new technologies that had a huge impact on the economy. "This is our generation's Sputnik moment," he said, as he announced new, major investments in several areas of research, including health, energy and information technology.

The federal government has been involved in supporting basic research for decades, but translating those investments into new industries and businesses that can directly impact the economy has always been a problem.

When President Harry Truman signed a bill in 1950 establishing NSF, the hope was to create a federal agency that would oversee the nation's progress in scientific education and research while also helping to "advance the national health, prosperity, and welfare" among other things. The idea was that the federal government would provide seed money to the nation's scientists and new industries would spring up and spread.

Unfortunately, as many scientists and engineers who have discovered a promising new technology have found, it is very difficult to bridge the divide between a basic research discovery and a viable product or marketable technology.

People who study innovation refer to the gap between federally funded research and a new commercialized technology as the "valley of death" where new technologies go to die. Bridging that chasm is crucial for the nation's prosperity, but as Kirk and her colleagues can attest, it is not easy, and many companies don't even try.

Moving into the marketplace

In order to move new discoveries to the marketplace, private industry not only needs to make investments, but also must learn about the discoveries that scientists have made in their labs and bring those ideas into a marketable form.

The ACTiVATE® program, funded by NSF's Partnerships for Innovation Program, is designed to find ways to bridge that valley of death between the lab and the marketplace and help convert some of the country's many new technological discoveries into marketable products or processes.

However, her own entrepreneurial spirit could not be held down for long. She recently licensed the ACTiVATE program from the University of Maryland and co-founded a brand new nonprofit known as the Path Forward Center for Innovation and Entrepreneurship. The Center is devoted to licensing the ACTiVATE® program and curriculum to other parts of the country while continuing to expand the community of growth-oriented women entrepreneurs.

Among the Path Forward Center's recent success stories are a new pharmaceutical company, a computer-based assessment company and one that markets advanced treatments for chronic pain--all companies developed and launched by women entrepreneurs who have been through the ACTiVATE® program. Kirk's efforts are not only helping women launch new businesses, but are also helping to bridge the "valley of death" chasm where new technologies would otherwise go to die.

Editor's Note: In addition to ACTiVATE®, NSF is also addressing the entrepreneurial "valley of death" through the public-private partnership called the NSF Innovation Corps. Learn more on the I-Corps website.