Exploring the Brain's Relationship to Habits

Research may impact development of treatments for movement disorders such as Parkinson's and Huntington's diseases, as well as conditions such as autism 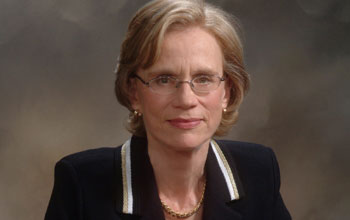 The basal ganglia, structures deep in the forebrain already known to control voluntary movements, also may play a critical role in how people form habits, both bad and good, and in influencing mood and feelings.

"This system is not just a motor system," says Ann Graybiel."We think it also strongly affects the emotional part of the brain."

Graybiel, an investigator at the McGovern Institute of the Massachusetts Institute of Technology (MIT) and a professor in MIT's Department of Brain and Cognitive Sciences, believes that a core function of the basal ganglia is to help humans develop habits that eventually become automatic, including habits of thought and emotion.

"Many everyday movements become habitual through repetition, but we also develop habits of thought and emotion," she says."If cognitive and emotional habits are also controlled by the basal ganglia, this may explain why damage to these structures can lead not only to movement disorders, but also to repetitive and intrusive thoughts, emotions and desires."

Graybiel's research focuses on the brain's relationship to habits--how we make or break them--and the neurobiology of the habit system. She and her team have identified and traced neural loops that run from the outer layer of the brain--"the thinking cap," as she calls it--to a region called the striatum, which is part of the basal ganglia, and back again. These loops, in fact, connect sensory signals to habitual behaviors.

Graybiel's work ultimately could have an impact not just on such classic movement disorders as Parkinson's and Huntington's diseases, but in other conditions where repetitive movements commonly occur, such as Tourette Syndrome, autism, or obsessive-compulsive disorder (OCD), the latter when sufferers experience unwanted and repeated thoughts, feelings, ideas, sensations or behaviors that make them feel driven to do something, for example, repeatedly washing their hands.

Moreover, the research could have an immediate value for trying to understand "what happens in the brain as addiction occurs, as bad habits form, not just good habits," she says. "There are many psychiatric and neurologic conditions in which these same brain regions are disordered.

"These conditions may in part be influenced by the very system we are working on. We are working with models of anxiety and depression, stress and some of these movement disorders."

It turns out that the emotional circuits of the brain have strong ties to the striatum, she says. Graybiel's research suggests that activity in the striatum strongly affects the emotional decisions that people make: whether to accept a good outcome or a potentially bad one, for example, and that there are circuits favoring good outcomes, and, surprisingly, other circuits that favor bad ones.

These prizes recognize scientists for their seminal advances in astrophysics, nanoscience and neuroscience, and include a cash award of $1 million in each field.

Graybiel's lab was the first to discover more than three decades ago, that neurotransmitters in the striatum had a precise and unique organization--compartments similar to layers--a finding that surprised most scientists at the time.

"We couldn't see this organization in regular old anatomy, but we found this with chemical markers, by using stains," she says.  "Imagine if you look at a desert and everything looks plain and uniform, just all sand. Then you put on special glasses, and all of a sudden, you could see the chemical composition of the sands. The whole landscape looks totally different, and that's what happened when we did this stain.

"We now know that all over the brain, these molecules are highly ordered," she adds. "They are communication lines, and connections from a to b and b to c, and these connections all work because of these chemical communication molecules. We happened to find that the deep brain, which looked so primitive, wasn't as primitive as people thought. We found that if we looked at the chemicals and then at the inputs and the outputs, everything was organized with respect to these chemical compartments."

Graybiel and her team also determined that communication molecules known to be related to human disorders, such as dopamine, a key neurotransmitter, were prominently organized in this way.  Dopamine dysfunction is associated with the development of Parkinson's disease.

The striosomes are one of two complementary chemical compartments within the striatum. The second compartment is known as the matrix.

Following upon this, "the next thing we found was that the whole thing looked like a learning machine because of the way it all was organized," she says. "We decided to study learning. In order to do that, we had to learn to record the neural activity. It turns out that the system is tremendously active as we learn habits. That's how we began."

Graybiel uses electrical recordings, behavioral tests and gene-based approaches to study these issues, and has seen remarkable changes in neural activity within the striatum as animals learned new habits.

"The activity in this part of the brain changed as the animals learned, and they were highly correlated with the learning," she says. "We take the animals to 'school' every day, and give them practice. They do learn habits--to run to the right, or do something when a click occurs, until it's habitual. As they learn, there are all these changes in the neural activity."

She and her lab also found that these changes are coordinated with activity patterns in the hippocampus, a brain structure involved with memory of facts and events.  Currently, she and her lab are studying new methods to influence the activity in the striatum, and genes found in the brain region thought to be involved in the brain's response to abusive drugs, as well as to therapeutic drugs, such as those to treat Parkinson's.

Their work suggests a new view of how the core brain structures involved in Parkinson's disease are affected by dopamine depletion, and how this key neurotransmitter might influence the ability to maintain movement and thought.

"Hopefully, our basic science work can lead to new therapeutic approaches to these disorders, not only in drug treatments but also other novel treatments that affect the on-going activity of neurons in the basal ganglia," she says. "There is nothing I would rather do than to help in the search for new therapies to treat the range of disorders related to the system we study, from Parkinson's disease to OCD to addiction, and maybe, just maybe, to help the rest of us unlearn bad habits."