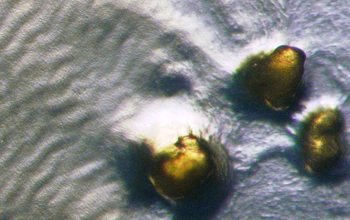 When considering the behavior of bacteria, the word "social" doesn't often come to mind.

Yet some bacteria are quite social, chief among them Myxococcus xanthus, a soil-dwelling bacterium that organizes itself into multi-cellular, 3-D structures made up of thousands of cells that work together to hunt for food and survive under harsh conditions.

"For the first 100 years of microbiology, researchers were trying to find model organisms to study bacteria, and most were selected because they had some medical or industrial significance influence, such as E. coli, and because they grow very well in the standard test tube," says Oleg Igoshin, an assistant professor of bioengineering at Rice University. "But when you base your choice on their behavior in a test tube, and not on social behavior or spatial structure, you lose some interesting species to study.

"The story is quite different for Myxococcus xanthus," he adds. "They are a very social bacteria that form really cool structures, and rely on each other for survival."

M. xanthus is "predatory," meaning it eats other microbes, although it is not harmful to humans. It is of great interest to researchers because of its self-made, complex, spatial formations, some even visible to the naked eye, and because it can kill efficiently and digest a wide range of microbial species.

"Their three-dimensional structures contain hundreds of thousands of bacteria, plus extra cellular material that holds the bacteria together like glue," says the National Science Foundation (NSF)-funded computational biologist, who is using both data-driven modeling and simulations to learn how M. xanthus behaves when there is sufficient food available, and when there is not. "We are trying to identify the mechanisms to understand how they achieve their multi-cellular behaviors."

Studying this organism addresses fundamental biological questions about how individual cells can break their symmetry to organize into these complicated many-celled compositions, teaching scientists about the evolution of multi-cellularity. "The most primitive form of life is single-cell life," Igoshin says. "The next step up would be going from single cells to multicellular organisms. These bacteria are somewhat in the middle."

When food is plentiful, these bacteria move in coordinated swarms, called ripples, often containing thousands of cells, which secrete enzymes into the environment to kill their prey and digest it outside their structure before taking in the resulting nutrients.

"M. xanthus has the ability to produce some powerful antibiotics that kill other species and enzymes that chew up the prey proteins into small segments," Igoshin says. "Single cells can't produce enough of these antibiotics or enzymes to effectively kill their prey, which is why they hunt together as a group."

But when food is scarce, M. xanthus takes another shape, forming itself into mounds of spores called fruiting bodies, where they can survive for a long time, sometimes for many years, until conditions improve and they can germinate again. "A single spore wouldn't survive," he says. "They need to be together."

The insights gained from a better understanding of how this bacterium functions potentially could help future researchers in designing new antibiotics, or possibly have a role in agricultural practices, such as developing new pest-resistant seeds. Moreover, deciphering the basic biology of multicellular organization can help to understand its more complex manifestations, such as embryonic development.

Igoshin is using M. xanthus as a model system for his computational tools, using approaches that involve both data analysis and simulation, both of which "have become a cornerstone of biological research in the modern era of biology," he says.

"I use reverse engineering approaches to look at these microscopic structures and try to figure out what these individual cells should do in order to produce this type of behavior," he adds. "I put in parameters such as size, velocity, flexibility, speed--some we can measure, some we can guess--and see whether the computer simulations will produce structures similar to those observed."

Igoshin is conducting his research under an NSF Faculty Early Career Development (CAREER) award, which he received in 2009. The award supports junior faculty who exemplify the role of teacher-scholars through outstanding research, excellent education, and the integration of education and research within the context of the mission of their organization. NSF is funding his work with $640,000 over five years.

As part of the grant's educational component, Igoshin and his colleagues created a new interdisciplinary graduate program at Rice offering a doctoral degree in systems, synthetic and physical biology, that began in the fall of 2013. Igoshin, who co-wrote the program proposal, serves on the program steering committee, and the admission and recruitment committee.

"Answering complex biological questions in the post-genomic era will require multidisciplinary approaches combining both experimental and computational methods" he says. "Our new program aims to educate a new generation of life scientists that have truly interdisciplinary training and therefore can work together on these challenges."