Techniques to prove or disprove existence of other planets 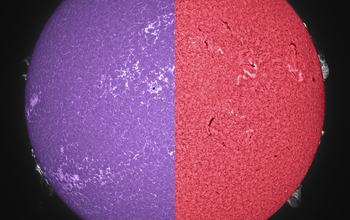 Astronomers long have sought to find planets that can sustain life as humans know it. Four years ago, they thought they had one, possibly even two, pointing to signs that suggested that at least one rocky planet located in the "habitable zone" was revolving around Gliese 581, a faint dwarf star located 20 light-years from Earth.

Recently, however, National Science Foundation (NSF)-funded scientists, while developing technology they believe will better detect exoplanets, as they are known, determined that the suspected planets, known as Gliese 581g and 581d, did not exist.

Some of the signals, initially thought to be coming from two planets orbiting the star at a distance where liquid water could exist, actually were coming from the star itself, not from the "Goldilocks" planets, so-named because conditions on them are just right for supporting life.

Astronomers have found more than 1,000 planets orbiting stars, many discovered indirectly by the gravitational tug and pull that its mass exerts on the star during its orbit; most were found in close-in orbits to their stars, and unlikely to support life. But many scientists believe that there are a large number of planets, probably rocky like Earth, capable of doing so.

In recent years, scientists detected as many as six planets around Gliese 581, although one was later rescinded by the team that first announced it, but only two were thought to be in the habitable zone.

To be sure, it was disappointing to disprove the habitable zone planets in the Gliese 581 system; nevertheless, their research opens the way to valuable new methods for identifying such planets in the future.

"Bittersweet describes it pretty well," says Suvrath Mahadevan, an assistant professor of astronomy and astrophysics at Pennsylvania State University, describing how he felt about their findings. Still, "these discoveries occur in incremental steps," he adds. "With more powerful instruments and surveys coming on line, we will be finding low mass planets at the right distance to stars in the habitable zone. This is where the field is going."

Mahadevan and Paul Robertson, a postdoctoral fellow at Penn State affiliated with the university's center for exoplanets and habitable worlds, searched for exoplanets by measuring shifts in the pattern of a star's spectrum, the different wavelengths of radiation that it emits as light.  These "Doppler shifts’" can result from subtle changes in the star’s velocity caused by the gravitational pull of orbiting planets.

But Doppler shifts of a star's "absorption lines," which are dark bands where atoms or molecules absorb light, also can result from magnetic events like sunspots within the star itself and can emit signals of planets that do not exist.

"It's possible for things like magnetic activity on the star itself to create Doppler shifts that can be mistaken as planets," Robertson says. "This is a problem we are very concerned about. As we push toward detection of smaller and smaller signals, like those produced by Earth, it becomes more likely that the star will be creating signals that either can hide planets we are looking for, or create false positive planet signals."

The less massive the planet, the smaller is this stellar motion, and the more difficult are the measurements. Thus, observing planets as small as Earth must be conducted with spectrographs and spectral calibration of extreme precision.

This is what the two researchers are working on: a new near-infrared spectrograph called the "Habitable Zone Planet Finder," or HPF. Also, in collaboration with colleagues at the National Institute of Standards and Technology, they are developing a frequency stabilized laser comb calibration system that will enable scientists to detect terrestrial-mass exoplanets by improving the ability to precisely measure velocities.

These will be deployed in 2016 on the 10 meter Hobby-Eberly Telescope, located at the University of Texas at Austin.

The researchers, concerned about the impact of stellar activity on finding planets, consider Gliese 581 "a great test case," Robertson says. "It has this network of low mass planets, including the possibility of planets in the habitable zone, and I was curious as to whether a really good stellar activity analysis might shed some light one way or the other on planet detections around that star."

They boosted the signals of the three innermost planets around the star, but the ones attributable to the two likely candidate planets disappeared, becoming indistinguishable from measurement noise. They concluded that the star itself produced the earlier signals through its activity and rotation, and they did not result from the presence of these two suspected planets. But they confirmed the existence of the three additional planets, although none is located in the habitable zone.

"It was disappointing to find out that these potentially exciting planets were not real," Robertson says. Still, "with so much dispute about the system, we were very satisfied to have a definite answer. There is not a lot of confusion left about the origin of these signals, which is a silver lining. The improved signal strength of the real planets is the positive from this work, and will motivate studies in the future, including our own."

Mahadevan agrees. "We are all curious about how many worlds are out there that can support life, and where the closest ones are," he says, adding: "We realize that the results of our work here will be at first disappointing, because we disproved two planets initially thought to be in the habitable zone. But the techniques we have developed will help us find new candidates for planets in the habitable zone, and we likely will use it more to prove, rather than disprove, that these planets exist."