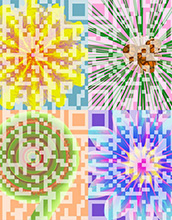 In the past decade, next-generation sequencing technologies have revolutionized the way in which genetic data are generated and analyzed. In the field of phylogenetics, this has meant that researchers are rapidly reconstructing the genealogical tree of life, a goal biologists have been working toward since Darwin sketched the first phylogeny in 1837.

Despite the relative ease with which DNA can now be sequenced in large quantities, scientists must first extract that DNA from an organism, often relying on vast numbers of specimens in museums and herbaria, or collections of plant specimens. With more than 250,000 species in the plant kingdom alone, the acquisition and documentation of specimen material is the most time-consuming and error-prone process in large studies.

"Our goal was to create a resource for the scientific community," said lead author Ryan Folk of Mississippi State University. "In the future, we hope that all such collection information will be available online, where it's easy to find and the work won't need to be repeated."

A unique object identifier is assigned and physically attached to each herbarium voucher, and the specimen is photographed with the identifier clearly visible.

By itself, this digitization of specimen information with unique object identifiers will be a valuable tool for researchers and will ultimately complement the effort underway in museums around the world to digitize collections. But the researchers took the next step.

QR codes were assigned to each specimen to further streamline data collection. This meant that when extracting and amplifying DNA in the lab, the researchers no longer had to manually enter specimen data into spreadsheets. Instead, that information was automatically populated when the biologists scanned a QR code.

"Generating and analyzing high-quality sequence data used to be the biggest bottleneck in reconstructing the tree of life, but as these processes have been streamlined, new choke points have emerged," says Amanda Ingram, a program director in NSF's Division of Environmental Biology. "This creative use of QR codes has the potential to allow scientists to spend more time gaining insights from the treasure trove of information stored in natural history collections."