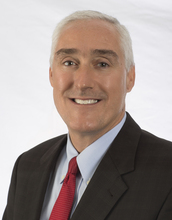 Barry Johnson will lead the NSF Division of Industrial Innovation and Partnerships.

The National Science Foundation (NSF) has selected Barry W. Johnson as director of the Division of Industrial Innovation and Partnerships of the Directorate for Engineering. Johnson, who begins his term at NSF today, has served since 2006 as senior associate dean for the University of Virginia School of Engineering and Applied Science, where he is also the L. A. Lacy Distinguished Professor of Engineering.

"The Directorate for Engineering is very pleased to welcome to Dr. Johnson, who brings an exceptional combination of experiences in engineering research, academic-industry partnerships, entrepreneurship and innovation," said Pramod Khargonekar, NSF assistant director for engineering. "His insights and leadership will help NSF strengthen the connection between fundamental research and industrial innovations to serve the national interest."

Johnson joined the University of Virginia in 1984 as an assistant professor in the department of electrical and computer engineering after working at Harris Corp. for several years. He rose steadily within the department and in 1998 became director of the Center for Safety-Critical Systems. From 2006 to 2011 Johnson was the Engineering School’s associate dean for research.

While at Virginia, Johnson acted as a consultant to more than a dozen companies and government agencies. In 2001 he co-founded the biometric security company Privaris, Inc., where he served as chairman of the board of directors and, for nearly four years, as president and chief executive officer.

Johnson earned his Bachelor’s degree, Master’s degree, and Ph.D. in electrical engineering, all at the University of Virginia. His expertise is in techniques for the design and analysis of safety-critical systems. He has investigated architectures and algorithms to ensure the safety of hardware/software systems, and he has developed methods for modeling, analyzing, and predicting the safety of these systems. He has published more than 150 technical articles, and he is an inventor on 29 issued patents.

Johnson’s work has been recognized with many awards, including the Frederick Emmons Terman Award, the C. Holmes MacDonald Award, and the Alan Berman Research Publications Award. He won the Alumni Board of Trustees and University of Virginia Endowment Fund Young Teacher Award, State Council of Higher Education for Virginia Outstanding Faculty Award and the University of Virginia Engineering Foundation Outstanding Faculty Award. Johnson has been active in IEEE as both a committee member and editor, and in 2006 he was named a Fellow of IEEE for his contributions to fault-tolerant computing. He served as president of the IEEE Computer Society in 1997.

The NSF Division of Industrial Innovation and Partnerships (IIP) fosters partnerships to advance technological innovation and plays an important role in the public-private innovation partnership enterprise. IIP invests in science and engineering research across all disciplines that have the potential for high impact in meeting national and societal needs. To achieve this goal, IIP focuses on leveraging federal, small business, industrial, university, state and community college resources.