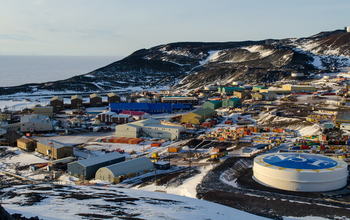 The National Science Foundation (NSF) will assist in the medical evacuation of a 66-year-old woman from the Netherlands who suffered a stroke on the Antarctic cruise vessel, MV Ortelius, in Antarctic waters early on Monday morning (New Zealand time).

The Rescue Coordination Center New Zealand (RCCNZ) is coordinating the medical evacuation with the NSF-managed U.S. Antarctic Program and the vessel operator.

RCCNZ is responsible for a search-and-rescue region, which covers 30 million square kilometers (11.5 million square miles), stretching from Antarctica almost to the equator.

The RCCNZ has been coordinating the medevac after receiving a call from the ship located in the Ross Sea, off the Antarctic ice shelf, 3,600 kilometers (2,236 miles) south of New Zealand. The ship's medical staff recommended that the patient be taken to New Zealand for further medical treatment.

The MV Ortelius is transporting the woman, who is in stable condition, towards McMurdo Station, NSF's logistics hub on the southern tip of Ross Island, located approximately 620 kilometers (385 miles) from the ship's current position.

Ortelius will attempt to get as close to McMurdo Station as the sea ice in McMurdo Sound allows, to transfer the patient.

The patient has been flown to McMurdo Station by helicopter and is awaiting transport to New Zealand.

The patient will then be flown to New Zealand on a regularly scheduled flight on a U.S. Air Force C-17 aircraft bringing passengers in and out of McMurdo Station for the Antarctic Program.