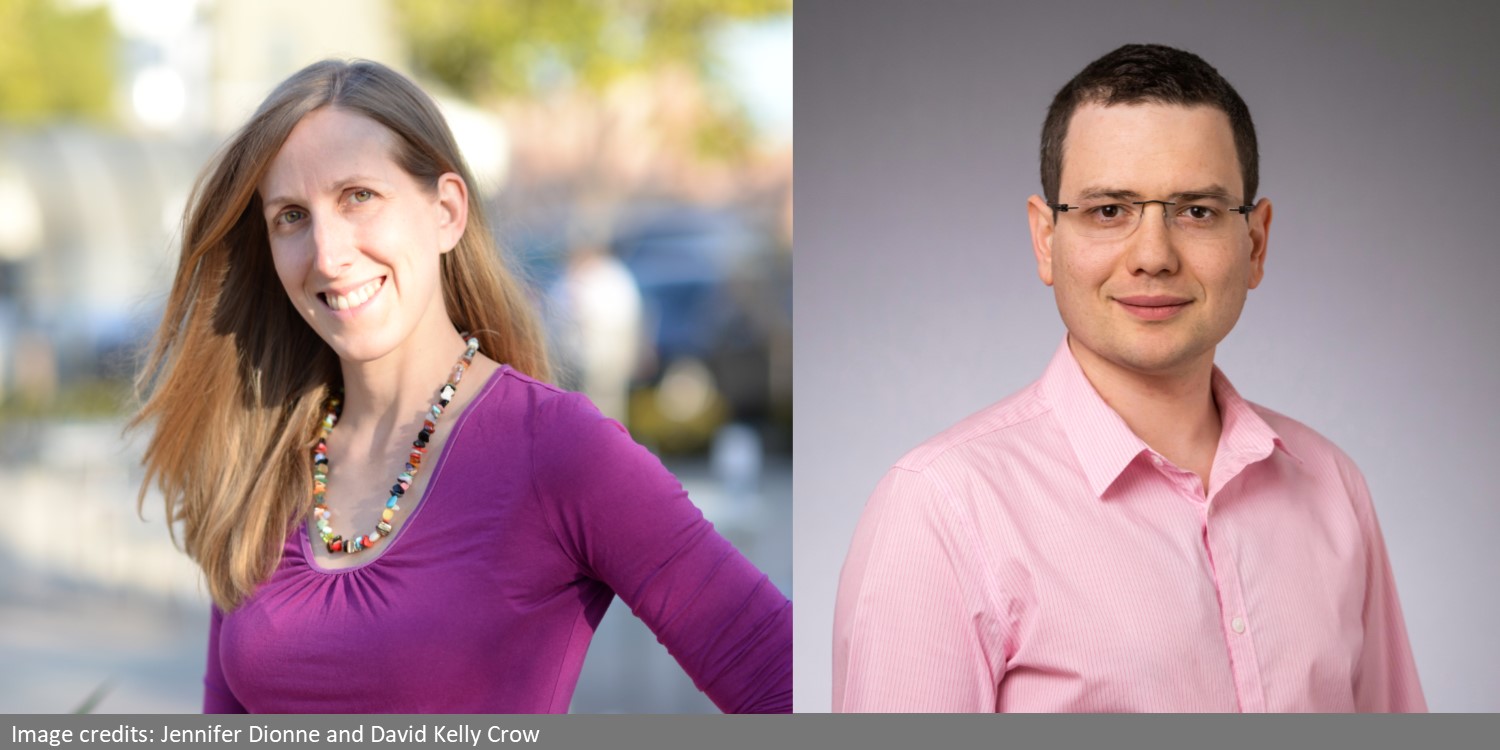 The Waterman Award annually recognizes an outstanding young researcher in any field of science or engineering supported by NSF. Researchers 40 years of age or younger, or up to 10 years post Ph.D., are eligible. This year, two outstanding researchers are recognized.

"This year's recipients are innovative and enthusiastic early career scientists who are truly exceptional researchers," NSF Director France A. Córdova said. "Jennifer Dionne is addressing some of the most important challenges in nanoscience and is already making enormous impact in fields from infectious disease to renewable energy. Mark Braverman's research is devoted to developing algorithms and designs that can withstand the effects of ubiquitous noise present in all learning and computational tasks. These awardees are scientific trailblazers, whose approach to research is thoughtful, creative and cross-cutting, inspiring others to explore new frontiers."

Widespread impact by illuminating the nanoscale

For instance, Dionne pioneered the development of new environmental transmission electron spectroscopies that allow direct imaging of chemical reactions with sub-nanometer-scale spatial resolution in real-time. This work helps identify nanostructures for energy conversion and storage with the highest efficiency.

Thanks to her imaging advances, there may soon be a way to detect and identify a single bacterium in a milliliter of blood -- an ability with profound implications for infectious disease detection.

"This project is especially exciting, spanning both fundamental and applied research with the potential for clinical impact," Dionne said. "It draws on many of the physics and chemistry-based technologies my lab has developed, and has given me the opportunity to work alongside doctors, clinicians, and computer scientists. Beyond just detecting pathogens, we are eager to learn about how bacteria might be responding or evolving with various drug treatments or within distinct patient demographics."

Dionne's innovative research is not limited to new microscopies, with considerable research manipulating the interaction of light with matter. For example, she received an NSF CAREER award in 2012 to develop metamaterials that give a "twist" to light-matter interactions, enabling detection and sorting of chiral molecules. She has also received the Materials Research Society Young Investigator Award for noteworthy contributions to nanophotonics and a Presidential Early Career Award, the highest honor bestowed by the U.S. government on outstanding scientists and engineers in the early stages of their careers.

She is currently director of the Photonics at Thermodynamic Limits Energy Frontier Research Center, funded by the Department of Energy, and received enabling research support from the U.S. Air Force Office of Scientific Research and Moore Foundation, among others.

Cracking complexity to understand the universe

Braverman's research focuses on complexity, including looking at algorithms for optimization, which, when applied, might mean planning a route -- how to get from point A to point B in the most efficient way possible.

Algorithms are everywhere. Most people know that every time someone uses a computer, algorithms are at work. But they also occur in nature. Braverman examines randomness in the motion of objects, down to the erratic movement of particles in a fluid.

His work is also tied to algorithms required for learning, which serve as building blocks to artificial intelligence, and has even had implications for the foundations of quantum computing.

Braverman's work includes mechanism design with applications in health care. His multidisciplinary approach is developing algorithms to address issues such as a new way to match medical residents to U.S. hospitals, and ways to implement new incentive structures in health insurance.

"Every year, every time a new concept comes up, there are more algorithmic questions," Braverman said. "It's a young field that is full of surprises. Algorithms are in every part of both the human and natural world, and understanding facts surrounding them is a basic quest -- just like the quest of understanding facts about energy, matter or the various parts of the universe."

Braverman has solved two puzzles that eluded researchers for decades: the Grothendieck constant and the Linial-Nisan conjecture. The results earned him several accolades in his field, including the 2016 Presburger Award, the 2014 Stephen Smale Prize, a 2013 Packard fellowship, and now the Waterman Award. Like Dionne, Braverman also received an NSF CAREER award in 2012.

Each awardee will receive $1 million, distributed over five years. The Waterman Award will be presented to both recipients at a ceremony held in Washington, D.C., on May 14, 2019.

The National Science Foundation (NSF) is an independent federal agency that supports fundamental research and education across all fields of science and engineering. In fiscal year (FY) 2019, its budget is $8.1 billion. NSF funds reach all 50 states through grants to nearly 2,000 colleges, universities and other institutions. Each year, NSF receives more than 50,000 competitive proposals for funding and makes about 12,000 new funding awards.