Watch a two-minute video overview of NSF's mission and focus.

The National Science Foundation (NSF) is an independent federal agency created by Congress in 1950 "to promote the progress of science; to advance the national health, prosperity, and welfare; to secure the national defense..." NSF is vital because we support basic research and people to create knowledge that transforms the future. This type of support:

With an annual budget of $8.8 billion (FY 2022), we are the funding source for approximately 27% of the total federal budget for basic research conducted at U.S. colleges and universities. In many fields such as mathematics, computer science and the social sciences, NSF is the major source of federal backing.

We fulfill our mission chiefly by issuing limited-term grants -- currently about 12,000 new awards per year, with an average duration of three years -- to fund specific research proposals that have been judged the most promising by a rigorous and objective merit-review system. Most of these awards go to individuals or small groups of investigators. Others provide funding for research centers, instruments and facilities that allow scientists, engineers and students to work at the outermost frontiers of knowledge.

NSF's goals -- discovery, learning, research infrastructure and stewardship -- provide an integrated strategy to advance the frontiers of knowledge, cultivate a world-class, broadly inclusive science and engineering workforce and expand the scientific literacy of all citizens, build the nation's research capability through investments in advanced instrumentation and facilities, and support excellence in science and engineering research and education through a capable and responsive organization. We like to say that NSF is "where discoveries begin."

Many of the discoveries and technological advances have been truly revolutionary. In the past few decades, NSF-funded researchers have won some 236 Nobel Prizes as well as other honors too numerous to list. These pioneers have included the scientists or teams that discovered many of the fundamental particles of matter, analyzed the cosmic microwaves left over from the earliest epoch of the universe, developed carbon-14 dating of ancient artifacts, decoded the genetics of viruses, and created an entirely new state of matter called a Bose-Einstein condensate.

NSF also funds equipment that is needed by scientists and engineers but is often too expensive for any one group or researcher to afford. Examples of such major research equipment include giant optical and radio telescopes, Antarctic research sites, high-end computer facilities and ultra-high-speed connections, ships for ocean research, sensitive detectors of very subtle physical phenomena and gravitational wave observatories.

Another essential element in NSF's mission is support for science and engineering education, from pre-K through graduate school and beyond. The research we fund is thoroughly integrated with education to help ensure that there will always be plenty of skilled people available to work in new and emerging scientific, engineering and technological fields, and plenty of capable teachers to educate the next generation.

No single factor is more important to the intellectual and economic progress of society, and to the enhanced well-being of its citizens, than the continuous acquisition of new knowledge. NSF is proud to be a major part of that process.

Specifically, the Foundation's organic legislation authorizes us to engage in the following activities:

Who We Are [Next] 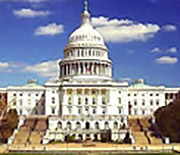 Congress created NSF in 1950 as an independent federal agency. Credit: The Architect of the Capitol 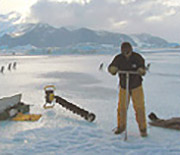 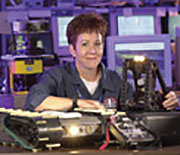 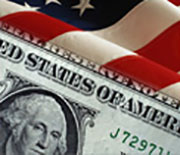 With an annual budget of $8.8 billion (FY2022), NSF is the funding source for about 24% of all federally supported basic research conducted at America's colleges and universities. Credit: Getty Images, PhotoDisc