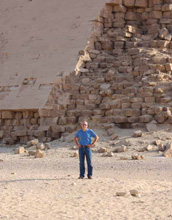 Professor Michel Barsoum stands before one of the Egyptian pyramids for which he has found evidence suggesting some of the stone blocks were cast, not quarried. 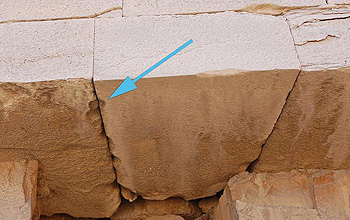 An egg-shaped cavity marked by the arrow spans two massive blocks on the north side of Senefru's Bent Pyramid must have been formed when the blocks were cast around a small rock or debris that was present. 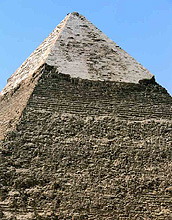 The top of the Khafra pyramid shows an intact outer casing near the apex and a band of regular stone just below. 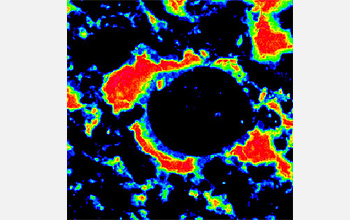