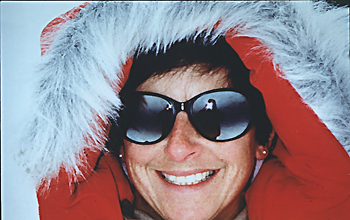 B-roll is available on Betacam SP of Paul Mayewski working in Antarctica and of the McMurdo Dry valleys.

Two National Science Foundation (NSF)-funded scientists, a U.S. Antarctic Program glaciologist and a recipient of the national Medal of Science, will receive the Lowell Thomas Award from the New York-based Explorers Club on Oct. 18 in recognition of their work at the frontiers of climate research.

The awards are presented by the president of the Explorers Club to groups of outstanding explorers who have distinguished themselves in a particular field. Five of this year's eight awardees are federal government scientists or receive their primary funding from the federal government. This year's awards theme is "Exploring Climate Change."

Karl A. Erb, who heads the U.S. Antarctic Program, which manages all U.S. research on the southernmost continent, said it was particularly appropriate that the awards should be made during the International Polar Year (IPY), a two-year, global field campaign of research in the Arctic and Antarctic. NSF is the lead federal agency for U.S. IPY science.

"It is particularly gratifying that these awards be made to these pioneering researchers during IPY," Erb added. "They have led the way to new and very promising intellectual horizons and from the vantage points they reached first we can hope that they and others will see the way to even more exciting research that will, as theirs has done, benefit all humanity."

This year's awards also went to: