How Did That Chain Letter Get To My Inbox? 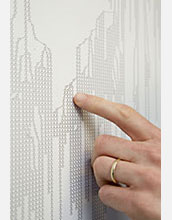 A part of the tree diagram used to analyze how e-mail petitions traveled to people's inboxes.

Everyone who has an e-mail account has probably received a forwarded chain letter promising good luck if the message is forwarded on to others--or terrible misfortune if it isn't. The sheer volume of forwarded messages such as chain letters, online petitions, jokes and other materials leads to a simple question--how do these messages reach so many people so quickly?

New research into these forwarded missives by Jon Kleinberg of Cornell University and David Liben-Nowell of Carleton College suggests a surprising explanation.

In the past three decades, as more and more individuals have come online and begun using e-mail, the number of these mass-forwarded messages has grown substantially, reaching more and more people each year. It had been assumed that the messages traveled to e-mail users in much the same way that a disease spreads in an epidemic--people received the messages and passed them on to those they came in contact with, who, in turn, spread them to people they encountered, and so on. In recent years, some scientists, as well as marketers, have used the term, "viral," to describe this pattern.

Kleinberg and Liben-Nowell decided to study exactly how some selected messages were disseminated through the Internet. In a research study supported by the National Science Foundation--along with Google, Yahoo and the MacArthur Foundation--the researchers looked at two e-mail petitions that circulated within the past 10 years. One petition in support of public radio began circulating in 1995, and the other, in opposition to the U.S. invasion of Iraq, originated in 2002. The messages had the common characteristic of being widely circulated--the researchers were able to find 316 copies of the public radio petition containing more than 13,000 signatures, and 637 copies of the Iraq petition with almost 20,000 signatures.

Using this data, the researchers mapped out how these messages traveled from recipient to recipient on a tree diagram. A careful analysis of the diagram challenges some of the common assumptions about how messages spread, including the viral contagion theory. Rather than spreading like a virus, with each message producing many direct "descendents" in the tree diagram, the data suggest that people are selective in forwarding messages to others in their social networks. For example, the researchers discovered that 90 percent of the time, the messages produced only a single descendent.

These messages also rarely took the most direct route between two inboxes, even when two people were connected by a few degrees of separation. "The chain letters themselves often got to people by highly circuitous routes," Kleinberg explains. "You could be six steps away from someone, and yet the chain letter could pass through up to 100 intermediaries before showing up in your inbox."

Many e-mail users know it is not uncommon to receive these types of messages multiple times from different people. The results of this study suggest that since most individuals belong to different social circles, it is not uncommon to receive a message more than once. For example, a college student may receive a petition about a tuition increase from a classmate one day, from the president of a fraternity or sorority the next day, and from a cousin the following day.

Kleinberg and Liben-Nowell's research suggests that these messages travel in a less direct and more diffuse pattern than was previously assumed. It also means that messages can reach some groups of people very quickly and take a relatively longer period of time to reach others, creating opportunities for the original message to be altered or abbreviated. This insight has potential implications for scholars in computer networking, sociology, marketing, political science and other fields. "All of this adds up," Kleinberg says, "to cause a much more complex picture of how this information flows though social networks."

For now, Kleinberg and Liben-Nowell are continuing to examine how these messages travel though the Internet. They are looking for people who saved a copy of either the public radio or Iraq invasion petitions with a full or partial list of signers. For more information, go to http://petitions.cs.cornell.edu/.