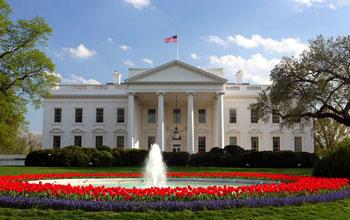 The 2007 PECASE winners are honored in a ceremony at the White House.

Twenty young scientists from among those taking part in the National Science Foundation's (NSF) Faculty Early Career Development Program (CAREER) have received an additional distinction as winners of Presidential Early Career Awards for Scientists and Engineers (PECASE) for the 2007 competition.

By receiving awards through the CAREER program, the PECASE winners had already demonstrated their success in integrating research and education within the context of the mission of their organization.

"We take great pride in the PECASE winners," said Kathie L. Olsen, NSF's deputy director. "It is important to support the transformational research of these beginning scientists, and to foster their work in educational outreach and mentoring."

A complete list of NSF's PECASE awardees and their institutions follows:

Stergios I. Roumeliotis, Department of Computer Science and Engineering, University of Minnesota