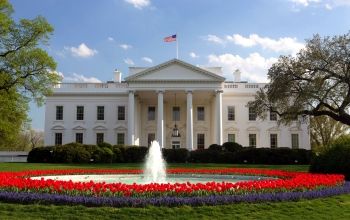 The PECASE winners will be honored in a ceremony at the White House in the fall of 2009.

President Obama yesterday named 100 beginning researchers as recipients of the Presidential Early Career Awards for Scientists and Engineers, the highest honor bestowed by the United States government on young professionals in the early stages of their independent research careers. The recipient scientists and engineers will receive their awards in the fall at a White House ceremony.

The Presidential Early Career Awards embody the high priority the Administration places on producing outstanding scientists and engineers to advance the nation's goals and contribute to all sectors of the economy. Nine federal departments and agencies join together annually to nominate the most meritorious young scientists and engineers -- researchers whose early accomplishments show the greatest promise for strengthening America's leadership in science and technology and contributing to the awarding agencies' missions.

"These extraordinarily gifted young scientists and engineers represent the best in our country," President Obama said. "With their talent, creativity and dedication, I am confident that they will lead their fields in new breakthroughs and discoveries and help us use science and technology to lift up our nation and our world."

The awards, established by President Clinton in February 1996, are coordinated by the Office of Science and Technology Policy within the Executive Office of the President. Awardees are selected on the basis of two criteria: pursuit of innovative research at the frontiers of science and technology, and a commitment to community service as demonstrated through scientific leadership, public education or community outreach. Winning scientists and engineers receive up to a five-year research grant to further their study in support of critical government missions.

This year's recipients are: