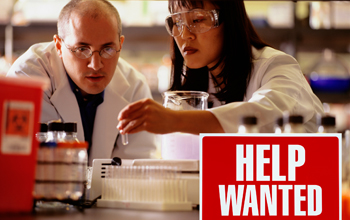 The unemployment rate among doctoral SEH fields in October 2008 was 1.7 percent.

Data released today by the National Science Foundation show the recent economic recession had less effect on doctoral degree holders in science, engineering and health (SEH) fields than it did on the general population.

The report, "Unemployment Among Doctoral Scientists and Engineers Remained Below the National Average in 2008," was issued by NSF's Division of Science Resources Statistics.

The report found that about 752,000 individuals in the United States held SEH research doctoral degrees in 2008, an increase of 5.6 percent from 2006. Of this, 662,600 were employed or actively seeking work.

Unemployment rates ranged from 1 percent among SEH doctorate recipients in mathematics and statistics to 2.4 percent for those in the physical sciences.

As measured by the percentage unemployed, more recent recipients of doctorates did not differ significantly from those who received their doctorates before 2006.

Of those employed, female doctorate recipients made up 30.7 percent of all employed SEH doctorate holders in October 2008, up from 29.4 percent in April 2006.

More information from this report can be found on the National Science Foundation's website.

Related Websites
Unemployment Among Doctoral Scientists and Engineers Remained Below the National Average in 2008: http://www.nsf.gov/statistics/infbrief/nsf11308/