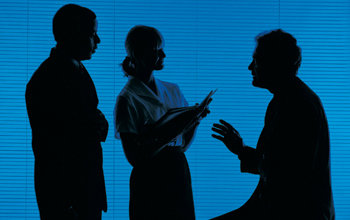 Tyler Perrachione with the Massachusetts Institute of Technology explains, "Even though all people who speak a language use the same words, they say those words just a little bit differently from one another--what is called 'phonetics' in linguistics."

Phonetics is concerned with the physical properties of speech. Listeners are sensitive to phonetic differences as part of what makes a person's voice unique. But individuals with dyslexia have trouble recognizing these phonetic differences, whether a person is speaking a familiar language or a foreign one, Perrachione says.

As a Ph.D. candidate in Neuroscience at MIT, Perrachione recently examined the impacts of phonological impairment through experiments funded by the National Science Foundation's Directorate for Education and Human Resources.

He and colleague Stephanie Del Tufo as well as Perrachione's MIT research advisor John Gabrieli hypothesized that if voice recognition by human listeners relies on phonological knowledge, then listeners with dyslexia would be impaired when identifying voices speaking their native language as compared to listeners without dyslexia.

For their research study, the MIT scientists trained individuals with and without dyslexia to recognize the voices of people speaking either the listeners' native language of English or an unfamiliar foreign language, Mandarin Chinese. In each language, participants learned to associate five talkers' voices with unique cartoon avatars and were subsequently tested on their ability to correctly identify those voices.

The listeners were either typically-developing readers or individuals who experienced reading difficulties and dyslexia growing up.

The neuroscientists found individuals with dyslexia were significantly worse at being able to consistently recognize the voices of the English speakers. They were about the same as listeners without dyslexia at recognizing the Chinese voices; both groups were very poor at recognizing voices speaking an unfamiliar language.

"It is remarkable that individuals with dyslexia are no better able to identify voices speaking a familiar language than a foreign one," says Perrachione. "It is also very interesting that the reason for this is that they are less accurate at voice recognition than individuals who don't have dyslexia."

The result reaffirms the theory that the underlying deficit in dyslexia isn't about the act of reading per se, but instead involves difficulty with how sounds of spoken language are heard and processed in the dyslexic brain.

Contemporary theories of dyslexia often propose a "phonological deficit" as the reason some people struggle to translate written images into meaningful language. The idea is that individuals with dyslexia tend to do poorly on tests that ask them to decode words using conventional phonetic rules, thereby resulting in reading delays because of difficulties connecting language sounds to letters.

What theories of dyslexia have not been able to convincingly explain, say the researchers, is why there is no evident difficulty in the ability to perceive and produce speech among people with dyslexia. This is especially curious if the ability to recognize phonological sounds is impaired.

"Our results are the first to explicitly link impairment in reading ability to impairment in ecologically processing spoken language," says Perrachione. "The results suggest that the source of a phonological deficit might be in dyslexic individuals' difficulties learning the consistent properties of speech sounds as spoken by an individual talker."

Understanding these findings could help individuals with dyslexia in a variety of settings.

"Lots of research has shown that individuals with dyslexia have more trouble understanding speech when there is noise in the background," says Perrachione. "These results suggest that trouble following a specific voice might be part of the cause. Teachers and other educators can be sensitive to this during classroom instruction where noise from other classmates might make it disproportionately difficult for children with dyslexia to follow what is going on in a lesson."

Moreover, these findings suggest that individuals with dyslexia may find it difficult to notice consistent properties of speech sounds during learning. If further research verifies this trouble noticing consistency, it might suggest a specific direction for slowing or stopping early speech and language difficulties for young children at risk of dyslexia.