NSF and Mozilla Announce Breakthrough Applications on a Faster, Smarter Internet of the Future 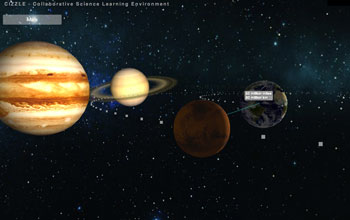 Imagine connecting sophisticated weather radars and other sensor data to ultra-high-speed networks so that weather forecasters can more accurately predict natural disasters. Imagine the nation's finest brain surgeon seamlessly operating on a patient in a remote area while sitting in her office thousands of miles away. Imagine an entrepreneur, without the capital for even the most basic start-up expenses, borrowing key business tools from an online software lending library to turn an idea for a new venture into reality.

Imagine the possibilities of a gigabit-capable network at national scale.

Software designers did...and today their visions are closer to reality.

That is the message at US Ignite's "Next-Generation Application Summit" convening in Chicago, Ill. this week, a year after the administration announced US Ignite, an initiative comprising public and private partners seeking to jumpstart gigabit application development that can take advantage of advanced networks and lead to societal benefit in ways people are just starting to imagine.

Funded by NSF and hosted by Mozilla as part of the US Ignite Initiative, the competition called for cutting-edge app ideas that would leverage ultra-fast, programmable networks to advance national priorities such as healthcare, energy, transportation and education in creative and innovative ways.

"These winning apps offer a glimpse into how we might catalyze the innovation ecosystem to develop next-generation applications and services with enormous public benefit," said Farnam Jahanian, who heads NSF's Directorate for Computer and Information Science and Engineering. "They are the result of exciting partnerships spanning application designers and developers, university researchers and students, federal, state and local officials, entrepreneurs and visionaries all across the country."

Gigabit fiber, a developing form of Internet infrastructure that is able to transfer data at speeds of one gigabit per second--three to 10 times faster than current infrastructures allow--enables these partnerships to push current limits of app design.

"Gigabit fiber is now able to move data at about 70 percent of the speed of light," said Mozilla's project lead for the Mozilla Ignite Challenge, Will Barkis. "The winning applications showcase what's possible when we make networks not only faster, but also smarter and deeply programmable."

How did the competition work? First, Mozilla hosted a brainstorming round, during which the public was invited to imagine applications that make use of ultra-fast and deeply programmable networks, such as the NSF-funded Global Environment for Network Innovations (GENI) project, which is some 250 times faster than networks available today. Mozilla's brainstorming round received more than 300 submissions examined by 38 expert judges. NSF and Mozilla announced 8 winning ideas in September, with prizes ranging from $1,000 to $5,000.

Next, with a funding pool of more than $500,000, Mozilla Ignite engaged in three development rounds, inviting developers everywhere to realize these winning and other app ideas. They hosted "hackathons" in multiple cities throughout the country and encouraged collaboration on existing ideas and entirely new ones. When teams provided working code, they received funding and access to expert mentorship, special resources and NSF's GENI test bed to test their applications.

One of this week's top winners, Real Time Emergency Response, also won the Mozilla Ignite brainstorm competition in September. Working with U.S. emergency responders and starting pilot programs in Minnesota and Quebec, Jeremy Cooperstock of the Shared Reality Lab at McGill University and his team developed the Real-Time Emergency Response Observation and Supervision system. The system allows emergency operators and responders to filter and sort multiple streams of data--in real time--from mobile phones, Twitter and other social media into manageable forms that the responders could process. The team is focused on targeting their app toward agencies like the National Guard. The team is looking at integrating street-level and highway cameras into the system so that cities can better monitor problems in crime-prone areas.

Another innovative application spotlighted in Chicago this week is called Cizzle, which stands for Collaborative Science Learning Environment. Cizzle creates a fun, interactive, fast-paced video game environment in which kids, with notoriously short attention spans, may engage and learn. The Cizzle team is composed of collaborators from MX, a San Francisco-based technology and design firm specializing in next-generation educational and entertainment experiences, a group of graduate students from Amherst, Mass., and Ontario, Canada, Hollywood filmmakers and science educators.

"CIZZLE stands to transform the way students all across the country learn," said Suzi Iacono, deputy assistant director for computer and information science and engineering at NSF. "Together with the 21 other exciting new tools spotlighted here today, it demonstrates how next-generation gigabit apps offer the potential for significant positive impact across all sectors of society."

What follows is a list of the 22 winning Mozilla Ignite teams, including a brief description of their apps. Further details may be obtained by clicking on the hotlinks below.

PlanIT Impact--Understand and participate in decisions in the community with data visualization and 3-D tools.

High Quality Open Source Web Conferencing--Access high-quality, interactive education from classrooms throughout the country, regardless of location or resources (all one needs is a browser).

Luminosity--Collaborate on large data through web-based tools-advantageous for scientists, researchers and citizens.

Brief+Case Health--Coordinate medical diagnoses and treatment among students, parents and medical specialists at a school with multi-party telemedicine.

KinectHealth--Achieve fitness goals with peers and trainers from anywhere.

euMetrica--Monitor and alert patients and doctors with real-time, cloud-based analysis of health sensors.

Rashomon: Multi-perspective Chronology--Tell the story of an event from audio and video simultaneously captured from many users.

WeCounsel--Access and conduct counsel and therapy at a distance using high quality videoconferencing.

Banyan--Facilitate collaboration and version control for scientists and researchers.

Cyber Physical Collaboration for Advanced Manufacturing--Use haptic feedback-that is, technology which takes advantage of the sense of touch by applying forces, vibrations or motions or "doing for the sense of touch what computer graphics does for vision"--and virtual manufacturing environments to learn and collaborate, especially valuable for engineers and students.

All the ideas in the competition are available on the Mozilla Ignite website.

"At its very beginning, the web revolutionized what we thought was possible," said Mozilla's Executive Director, Mark Surman. "And now with this new technology, we can see how it's happening again. These Mozilla Ignite teams show how the collaboration, wealth and creativity we see on today's internet could grow beyond our wildest imaginations--and in many cases how it's already doing so."