In wake of storms such as Hurricane Sandy, grants will lead to better management of coastal environments 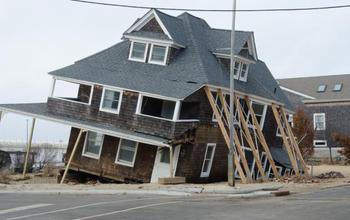 Coastal systems are crucial to regional and national economies.

More than half the world's human population lived in coastal areas in the year 2000; that number is expected to rise to 75 percent by 2025.

With our large footprint in coastal sands--and in the wake of severe storms such as Hurricane Sandy--how do we co-exist with our coastlines? How do we use them sustainably?

A sustainable world is one in which human needs are met equitably, without sacrificing the ability of future generations to meet their needs. The National Science Foundation (NSF)'s Science, Engineering, and Education for Sustainability investments aim to address this challenge.

NSF's coastal SEES program is focused on the sustainability of coastal systems: the swath of land closely connected to the sea, including barrier islands, wetlands, mudflats, beaches and estuaries, as well as coastal cities, towns, recreational areas and maritime facilities; the continental seas and shelves; and the overlying atmosphere.

NSF's coastal SEES program has funded its first awards for studies of coasts in the U.S. and around the world. The 11 awards total $13.1 million.

"We benefit from coastal environments for enjoyment, housing, food, industrial uses and commerce," says Conover. "In the process, however, we alter them physically, chemically and ecologically."

"These changes influence and interact with natural variability, extreme events and long-term directions to affect the system as a whole, including the benefits humans derive."

We need to better comprehend this coupled human-natural system, he says, so we might make better decisions about its future.

Toward that end, NSF's new coastal SEES projects address topics such as developing high-performance green infrastructure to sustain coastal cities; sustainability of the largest estuary in the U.S., Chesapeake Bay; planning for the hydrologic and ecological effects of sea level rise on coastal water resources; brine discharge from desalination plants; achieving sustainable urban estuaries; and the resilience of coral reefs.