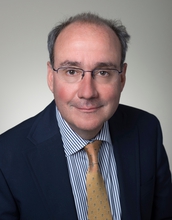 The National Science Foundation (NSF) has selected George Mason University's James L. Olds to serve as assistant director for the Directorate for Biological Sciences (BIO). BIO's mission is to enable discoveries for understanding life. BIO-supported research advances the frontiers of biological knowledge, increases our understanding of complex systems, and provides a theoretical basis for original research in many other scientific disciplines.

Olds is a director and chief academic unit officer at the Krasnow Institute for Advanced Study, a position he has held for 15 years. He is also the Shelley Krasnow University Professor of Molecular Neuroscience. The international Decade of the Mind project was begun under his leadership at Krasnow, which helped shape President Obama's BRAIN Initiative.

"Dr. Olds has a strong record of academic leadership with an institution that has grown its global presence during his tenure," said NSF Director France A. Córdova. "In addition to his leadership, his commitment to interdisciplinary research at Krasnow and his experience with developing scientific policy will be of great benefit to NSF and to the research community we serve."

NSF-supported research and discovery in the biological sciences have yielded unforeseen discoveries that benefit society in vital ways. Many of these discoveries were made possible because of investments in basic research. BIO-supported research extends across systems that encompass biological molecules, cells, tissues, organs, organisms, populations, communities, and ecosystems up to and including the global biosphere. Comprehensive concepts that bridge and unify the diverse areas of biology include complexity, robustness, communication, resilience, adaptability and cooperation. Achieving a coherent understanding of the complex biological web of interactions that is life is a major challenge of the future.

"Dr. Olds' commitment to the pursuit of rigorous scientific research that can help solve society's grandest challenges makes him supremely qualified to lead the NSF's Biological Sciences Directorate," said Jo Handelsman, associate director for science at the White House Office of Science & Technology Policy. "I look forward to collaborating with Dr. Olds as the Administration continues to facilitate scientists' work to expand the frontiers of human understanding in the biological sciences--a discipline of critical and growing importance to the nation and the world."

"I offer my hearty congratulations to both Jim Olds and to NSF," said Alan Merten, former president of GMU. "Jim is a solid scientist and administrator, with exceptional breadth and depth of experience and knowledge. He's constantly seeking opportunities for collaboration and recognizes that breakthroughs happen at the edge of disciplines."

Olds serves on numerous private and public boards and has played a central role in scientific public policy development at all levels, ranging from Commonwealth of Virginia and the White House to advising heads of ministries internationally. He spent eight years as chair of Sandia National Laboratory's External Cognitive Science Board. In the non-profit world, Olds was treasurer of Americans for Medical Progress.

"I was delighted to learn that Jim Olds has been selected for a leadership position in the Biological Sciences Directorate at NSF," said Margaret McFall-Ngai, associate editor of The Biological Bulletin and professor of biology at the University of Wisconsin. "As a member of the editorial board for The Biological Bulletin, I had the opportunity to work with Jim, who has served as the editor-in-chief of the journal for the last several years. I have appreciated Jim's breadth and rigor as a biologist, as well as his thoughtful and respectful nature. I feel that the directorate will be in very capable hands under Jim's guidance."

Prior to his leadership role at Krasnow, Olds was the CEO for the American Association of Anatomists. He received his undergraduate degree from Amherst College in chemistry and his doctorate from the University of Michigan in Ann Arbor in the field of neuroscience. His postdoctoral research at the National Institutes of Health (NIH) led to advances in understanding the molecular basis of learning and memory, and he received the NIH Merit Award in 1993.

Olds will begin his NSF appointment in October 2014.