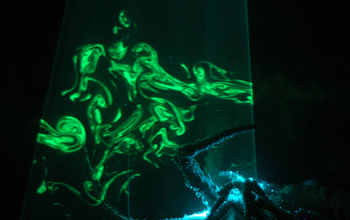 The projects will explore fundamental mysteries in brain science.

The National Science Foundation (NSF) has awarded 18 grants to multidisciplinary teams from across the United States to conduct frontier research focused on neural and cognitive systems. Each award provides a research team with up to $1 million over two to four years.

The first two themes were included in a first round of brain research funding in Fiscal Year 2015, when NSF announced 16 awards.

"Within each theme -- and as a collective -- we expect new advances in theory and methods, technological innovations, educational approaches, research infrastructure, and workforce development," said Betty Tuller, NSF program director in the Social, Behavioral and Economic Sciences Directorate, who will help oversee the awards.

In addition to the Social, Behavioral and Economic Sciences, three other NSF directorates will collaboratively support the awards: Computer & Information Science & Engineering; Education and Human Resources; and Engineering.

The projects will explore fundamental scientific and engineering queries, ranging from spatial navigation and memory optimization to neuromorphic computation. They are based on integrative strategies designed to transcend conventional perspectives and approaches, building on leading-edge research across multiple disciplines.

Complexities of brain and behavior

The 18 newly funded projects stem from the cross-disciplinary NSF Integrative Strategies for Understanding Neural and Cognitive Systems program, which supports bold efforts to go beyond single-discipline research efforts in order to advance brain science. The awards will contribute to NSF's significant investments in support of the BRAIN Initiative, a coordinated research effort that seeks to accelerate the development of new neurotechnologies.

"The complexities of brain and behavior pose fundamental questions in many areas of science and engineering," said Kenneth Whang, NSF program director in the Computer & Information Science & Engineering Directorate. "The mysteries of the brain draw intense interest across a broad spectrum of disciplinary perspectives yet elude explanation by any one of them, which is why team-based approaches are so necessary."

Alexander Leonessa, NSF program director in the Engineering Directorate, agreed on the value of the team-based approach.

"By encouraging collaborations among investigators from different disciplines, we were able to fund innovative, integrative, boundary-crossing proposals that can best capture the spirit of this opportunity," Leonessa said.

In addition, the program awarded supplemental funds of up to $200,000 each to 12 projects to connect basic research in computing, engineering and education to new challenges in neuroscience and cognitive science.

The 18 newly awarded projects are led by: