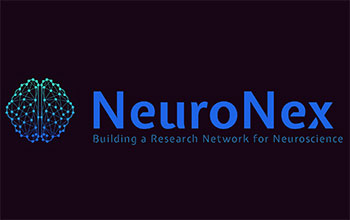 Building a better understanding of how the brain works and produces behavior is a research challenge with the potential to revolutionize everything from medicine to the development of artificial intelligence. For years, NSF's Next Generation Networks for Neuroscience program, also known as NeuroNex, has worked to help develop new tools and theories to solve the mysteries of the brain. Now, NSF and a group of international partners are working to put those resources in the hands of researchers around the world and create international partnerships to accelerate the next generation of neuroscience.

Seventy researchers, representing four countries, will investigate aspects of how brains work and interact with the environment around them. Some teams will research how brains control an animals' motion and how the brain processes scents and impacts behavior. Others will explore how changes in synapse structure affect how neurons communicate and how brains retain information.

"The most important questions in neuroscience are so complex they require large teams of researchers with complementary expertise. These awards will help us conquer those grand challenges and accelerate profound discoveries about how our brains work," said Joanne Tornow, NSF assistant director for Biological Sciences.

NSF's NeuroNex awards to four interdisciplinary teams total over $50 million with a duration of five years. The projects will utilize and build on methods, technologies, and tools developed with previous investments in neuroscience by NSF — including past awards through the NeuroNex program — other U.S. federal agencies, and international organizations. NSF will support the researchers at U.S. institutions in the networks. Researchers based in other countries are supported by the Canadian Institutes for Health Research and Fonds de Recherche du Quebec in Canada; Deutsche Forschungsgemeinschaft in Germany; and the Medical Research Council in the United Kingdom.

"Scientific expertise goes beyond national borders. The international collaboration and exchange of ideas, technologies and trainees promoted through NeuroNex will accelerate progress in understanding the mysteries of the brain," said Rebecca Keiser, office head for the Office of International Science and Engineering.

The projects and their U.S.-based institutions are:

NeuroNex is a key part of NSF's participation in the Brain Research through Advancing Innovative Neurotechnologies, or the BRAIN Initiative, a collaboration across U.S. agencies to advance the understanding of the brain. More information about NeuroNex can be found on NSF's website.