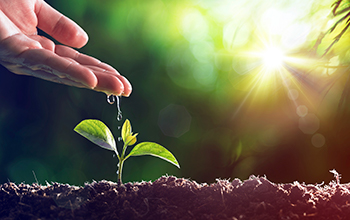 The National Science Foundation has invested $36 million in the first projects under its Understanding the Rules of Life portfolio. These awards are aimed at accelerating development in two key areas of science and engineering research: building a synthetic cell, and epigenetics.

"Discovering the rules governing life on earth is a grand scientific challenge that holds the potential to enhance the U.S. position as a global leader in research and development," said NSF Assistant Director for Social, Behavioral, and Economic Sciences Skip Lupia. "NSF's investments will enable us to address some of the greatest challenges we currently face in understanding the living world."

Three years ago, NSF identified Understanding the Rules of Life as one of its Big Ideas, a set of long-term research priorities. NSF has now issued its first awards under that portfolio, demonstrating its commitment to bringing together interdisciplinary teams of researchers -- from biologists and chemists to computer and social scientists -- to begin uncovering this rulebook and using it to predict how an organism will look and behave.

This ability to predict an organism's traits and behavior -- its "phenotype" -- from its genetic code is a grand challenge that continues to elude the scientific community decades after the first genome was sequenced. The new awards, which mark the first activities under this Big Idea to overcome that challenge, fund proposals submitted to two separate solicitations: a search for the rules for building a synthetic cell and for epigenetics.

"The synthesis of viable cells from non-living molecules will create new means to produce biofuels, pharmaceuticals and other bioproducts and will transform approaches in agriculture, medicine, computing and engineering," said NSF Assistant Director for Biological Sciences Joanne Tornow. "Being able to predict the genetic and environmental mechanisms that regulate phenotypes will benefit human health and well-being, and strengthen the U.S. bioeconomy and national security."

NSF-funded scientists are testing the boundaries of life as we know it with their work to create synthetic cells --- particles constructed of biological or artificial materials that mimic functions of natural, living cells. Researchers can build synthetic cells from scratch, or start with a natural cell and remove components until the cell stops working in order to identify systems essential for cell function. Some synthetic cells can even replicate like natural cells.

By building synthetic cells, scientists learn by creating, and they encounter new Rules of Life that answer fundamental questions in biology, chemistry, engineering and many other fields.

The ability to manufacture synthetic cells out of non-living molecules or materials not normally found in natural cells could benefit the U.S. economy, opening new doors for producing biofuels, non-silicon-based computer chips, and pharmaceuticals. But reaching that point requires learning the complex rules governing how cells -- natural or man-made -- assemble and function. Understanding the Rules of Life is connecting researchers across disciplines to meet those challenges and to simultaneously examine the potential ethical and social dimensions of creating synthetic cells.

Six new projects connecting researchers from nearly two dozen institutions will work to uncover those rules. They explore topics such as how to build a network of working synthetic neurons and how to integrate synthetic components into livings cells to enable the cells to do something new.

Epigenetics is the study of how new traits can be inherited in the absence of any genetic changes. By altering the way genes are read and expressed -- how, when and where specific genes are turned "off" or "on" -- two cells or whole organisms with the same DNA sequence can appear or act differently. In some cases, these changes are passed on to offspring.

Altering an organism's genetic code can dramatically change how it looks or behaves. But an organism's traits can also change and even be passed on to future generations without altering the underlying genes.

Over the past several decades, groundbreaking studies have demonstrated the profound impacts of epigenetic phenomena on organisms, populations and even entire ecosystems. While epigenetic errors are common to some diseases such as cancer, epigenetics also drives many important natural processes, such as determining which bee larva will grow up to be a hive's queen.

Through Understanding the Rules of Life, NSF is funding eight research projects across 14 institutions that will help identify the principles underlying epigenetics and enable researchers to better understand and predict how epigenetics leads to observable traits and behaviors across the tree of life. Establishing those rules would be a first step toward finding new ways to harness epigenetics to solve some of biology's most challenging problems in areas ranging from medicine to agriculture and environmental preservation.