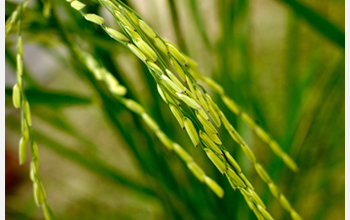 Earlier this year, consumers around the world noticed higher food prices as the cost of most grains escalated. In many parts of the developing world, rice, a crucial staple for billions of people, became too expensive or not available at all, triggering large-scale hunger and food riots that destabilized entire countries and regions.

In May of this year, a group of computational biologists at the University of Washington began to tap the collective power of more than 1 million desk top computers to better understand the protein structures of rice plants. Building on research funded by the National Science Foundation, the Nutritious Rice for the World project is already yielding results that are being used by plant biologists around the world. The goal of this combined effort is to grow hardier and more productive strains of rice that are also more nutritious.

Led by Ram Samudrala, an associate professor and computational biologist at the University of Washington, the project taps the World Community Grid, a distributed computing system created by IBM that links up computers all over the planet. The grid combines the spare power of computers not in use to handle large-scale computational problems such as analyzing rice genomics.

The project is one of five initiatives being tackled by the World Community Grid right now and, according to Samudrala, it is taking up about a third of the grid's current capacity. By using the collective power of the grid, Samudrala and his collaborators estimate the project will be completed in two years, considerably faster than the 200 years they estimate it would take a conventional computer system to complete the same job.

Ultimately, the combined power of these computers should allow the researchers to map out the 30,000 to 60,000 rice protein structures and better understand their related functions. Armed with this information, plant biologists should be able to begin to provide the world's farmers with rice varieties that can grow with less water, resist insects and diseases and provide a more nutritious meal.

Samudrala believes that such specialized rice strains can help relieve hunger by solving another challenge in the global food situation--getting food from the places it is produced to the people who need it. "The fundamental problem with food shortages in the world is one of distribution," Samudrala says. "Creating distribution chains costs money. We overcome that by designing new crop species that indirectly address this problem by providing higher yields but also better nutrition and adaptability to local and global environments."

Samudrala estimates it will take a few years for the project's findings to reach the world's rice patties, but he is optimistic the eventual impact will be positive. He adds that the project can provide insights for growing other cereal crops as well. Given the large number of people who eat rice as their primary source of grain, this research could go a long way in tackling some of the food security challenges currently facing the human race.

Related Websites
More information about the Nutritious Rice for the World project on the World Community Grid: http://bit.ly/1Vmask4